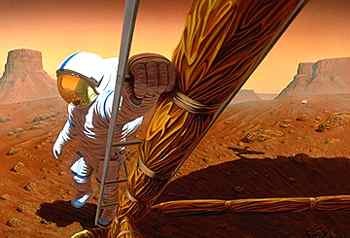 These paintings of Mars exploration by Pat Rawlings have been made
available by the artist to Mars Society members and chapters for free use in
producing charts and slides for public presentations. Those wishing to use
the art in commercial media, including magazines, film, and television, should
contact Pat Rawlings at pat.rawlings@saic.com 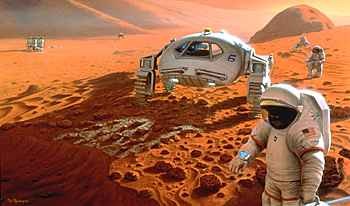 “After driving a short distance from their Ganges Chasma landing site, two
explorers stop to inspect a robotic lander and its small rover. This stop also
allows the crew to check out the life support systems of their rover and
spacesuits while still within walking distance of the base.” 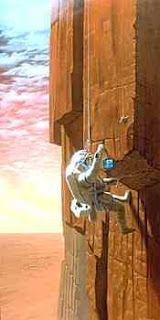 “Two kilometers above the lava flows of Mars’ Tharsis Bulge, a geologist
collects samples from the eastern cliff face at the base of Olympus Mons. To
understand the evolution of this Arizona-sized volcano, the scientist
investigates the layers of hardened lava that make up the massive feature.
The block-like nature of the rock face, caused by columnar jointing, is similar
to features on Earth such as The Devil’s Tower in Wyoming.” 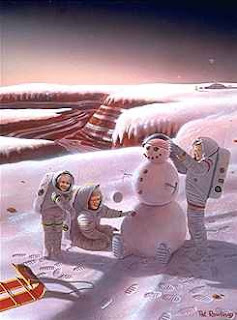 “Like the layers of a carrot cake, centuries of hot and cold seasons have left
Mars’ polar cap with alternating bands of white ice and red dust. Massive
icicles can also be found along the rims of thermally etched canyons.”

His entire gallery of images available for the promotion of the Mars Society’s
endeavors can be seen here:
http://www.marssociety.org/portal/c/society-tools/mars_art/pat_rawlings_art 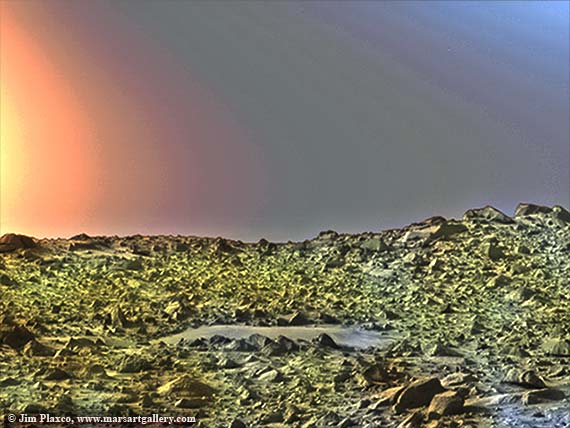 “Alien Spectrum” Source: Viking Lander 1
This second image is also hosted by the Mars Art Gallery, which was formally launched in March 2005 to serve as “a showcase for artistic renditions of Mars based on data returned by robotic missions.”  The above image, titled “Alien Spectrum” has been processed to depict Mars as it might be seen by: “eyes not of this Earth.  Evolution has given humans a set of eyes that are responsive to a particular range of electromagnetic radiations and we perceive those radiations as color.”  A wallpaper image and more information can be found here: http://www.marsartgallery.com/s_alienspectrum.html
Why do current robonauts look like adolescent dreams of a personal Boba Fett? Meet Cynthia, another variation of an adolescent’s dream. With a synthetic boa and pimped-out hat for character not only would a robonaut with breasts provide more room for tools, sensors, and batteries, but the whole shebang could be more fun (for most of us, to an extent) — and, who knows, maybe encourage more real breasts to go to space. 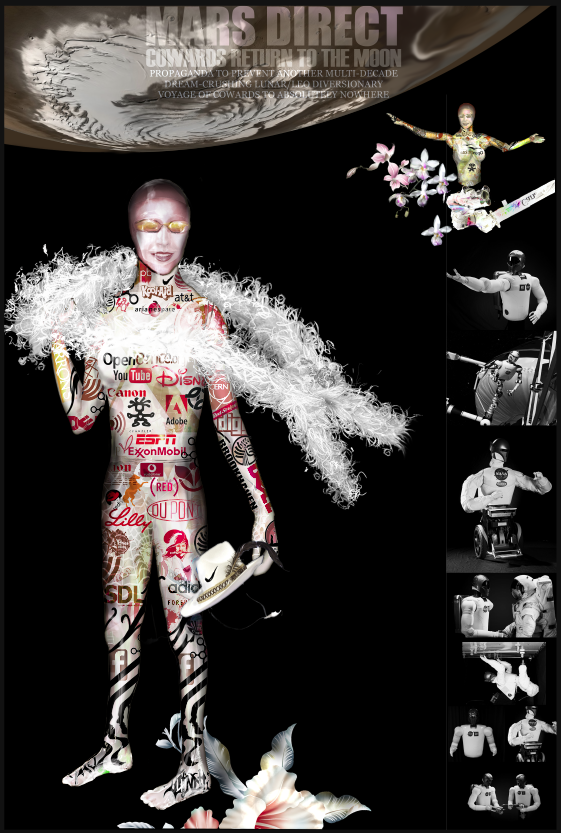 Concept by Ikan Loring, digital artist ILM (thanks for including our logo!) 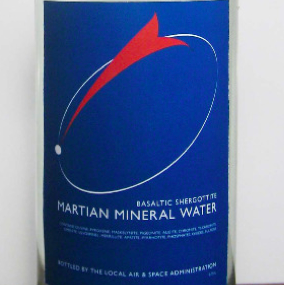 “The minerals, including pyroxene and ulvospinel and pigeonite, will be used by your body to make bone and tissue. Exploring Mars in this way, you’ll start to go native.”
Conceptual Artist Jonathon Keats, referring to LASA’s “Martian Mineral Water,” says, “What’s important for me is that we set a precedent, and I believe that we’ve done that by demonstrating that exploring Mars is as easy as people are willing to let it be. In fact, we may have set two precedents: As Martian hybrids, those potatoes are the first alien life forms ever detected. And they’re not on some Goldilocks planet orbiting Gliese 581. They’re right here in California.”
“I think the mineral water may be an antidote for the madness we exhibit living on this planet. What is most revolutionary about Martian mineral water as a vehicle of exotourism is that it not only gives you a genuine Martian experience but also makes Mars a part of you. You’ll become a hybrid Martian/Earthling, a universal alien. If we became a bit alien, we might be able to discover more in common.”