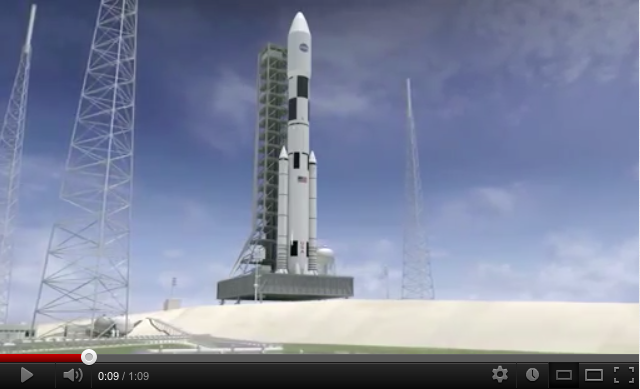 “It’s also a shift in emphasis from the moon-based, solid-rocket-oriented plans proposed by the George W. Bush administration. NASA figures it will be building and launching about one rocket a year for about 15 years or more in the 2020s and 2030s, according to senior administration officials who spoke on the condition of anonymity because the announcement was not yet made. The idea is to launch its first unmanned test flight in 2017 with the first crew flying in 2021 and astronauts heading to a nearby asteroid in 2025, the officials said. From there, NASA hopes to send the rocket and astronauts to Mars – at first just to circle, but then later landing on the Red Planet – in the 2030s.”

“The key financial part of this arrangement is that NASA hopes to save money by turning over the launching of astronauts to the International Space Station, which orbits the Earth, to private companies and just rent spaces for astronauts like a giant taxi service. NASA would then spend the money on leaving Earth’s orbit and the Earth-moon system.” 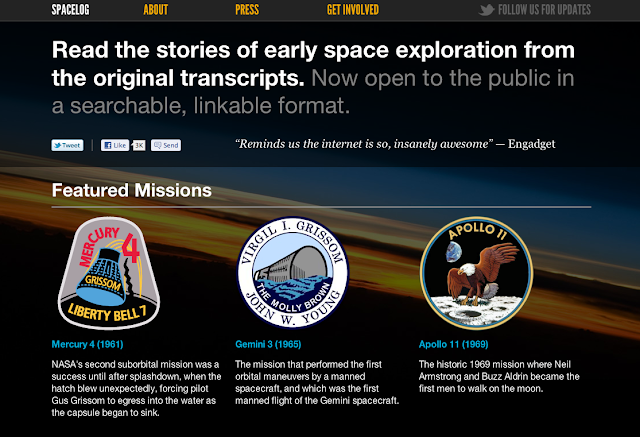 Read the stories of early space exploration from the original transcripts. Now open to the public in a searchable, linkable format. “Reminds us of why the internet is so insanely awesome.” –Engadget

“To date there have been over two hundred human spaceflight missions. Only a small number of these are currently available on Spacelog, although we’d be delighted for assistance in getting more up and alive.”

Spacelog is a volunteer project that anyone can contribute to!
http://spacelog.org/get-involved/