Buzz Aldrin gave an interview to Vanity Fair in which he emphasized the ‘Mars to Stay’ initiative, excerpts:

SCREWBALL INTERVIEWER: Then you’ve got a bunch of astronauts on Mars going, “Hello? Can I get a little help here? What the fuck?”

BUZZ: But then we send six more people, and now we’ve got twelve. It’d be between three and four times cheaper to send people there and then leave them there.

CRIMINALLY UNINTELLIGENT INTERVIEWER: Do we tell them that in advance? Or do we just wait and spring it on them after they’ve landed?

BUZZ: DID the Pilgrims on the Mayflower sit around Plymouth Rock waiting for a return trip? They came here to settle. And that’s what we should be doing on Mars. When you go to Mars, you need to have made the decision that you’re there permanently. The more people we have there, the more it can become a sustaining environment. Except for very rare exceptions, the people who go to Mars shouldn’t be coming back. Once you get on the surface, you’re there.

BUZZ: Exactly! Every twenty-six months, there’s a window of going to Mars that may last for about a month or so. It just so happens that there’s an opportunity to put a habitat on Mars in the fall of 2022. So we put a habitat there and you check it out for a year or so, and it’s unmanned. Then in the spring of 2025, I send a crew and they stay for a year and a half, and then I bring them back. I send another crew in ‘27 and then I bring them back. I send another crew there in ‘29, and they stay. And then in ‘31 I send six more people, three to one of the moons of Mars and three directly to Mars, and now I’ve got nine people there. I can add six every twenty-six months.

More about the ‘Mars to Stay’ initiative can be found here: http://en.wikipedia.org/wiki/Mars_to_Stay 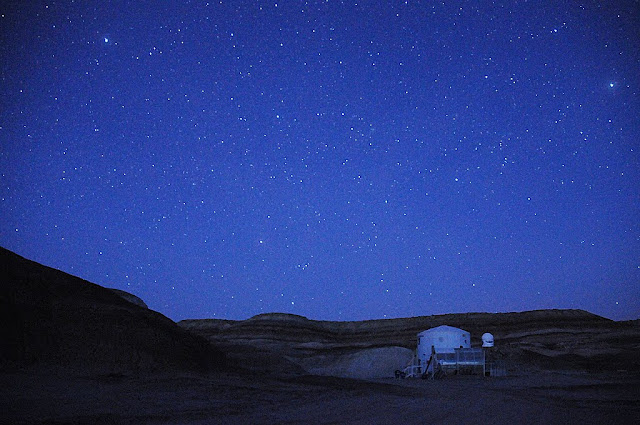 Hundreds have gone and if you are one of those seasoned previous crew participants, know that we are always looking for new mission support members to assist and advise the new crews in session at the MDRS.  We have about as many veteran Marsonauts from MDRS and FMARS combined as there are veteran and active astronauts.

Don’t miss out on a chance to be part of the future, as serving as a crew member of the MDRS is a great way to show your dedication to space missions. Engineer Diego Urbina who was a part of MDRS Crew 88 (Jan. 2010) was selected by the European Space Agency (ESA) as one of only two simulation astronauts chosen for the Mars500 Mars simulation mission of the ESA and Roscosmos. His new Mars mission will begin on the 3rd of June 2010 in Moscow.   So who knows where participating in the Mars Desert Research Station simulations will lead you…

Download the application details below. Deadline for submission of applications is September 15, 2010.   The review process begins August 15, and therefore early applications are encouraged. Join one of the world’s longest running and most successful space simulation projects!

Good luck and on to Mars!