Above is a textured mockup of an ARKYD partially funded by sponsors with demonstrated
interest in space exploration. The base model itself was rendered and provided by Planetary
Resources (see references and files below). This concept is not officially sanctioned by Planetary
Resources. Sponsors for the most part would not be visible in selfies or of course during flight –
but, could profit from worldwide exposure through pre-launch publicity. 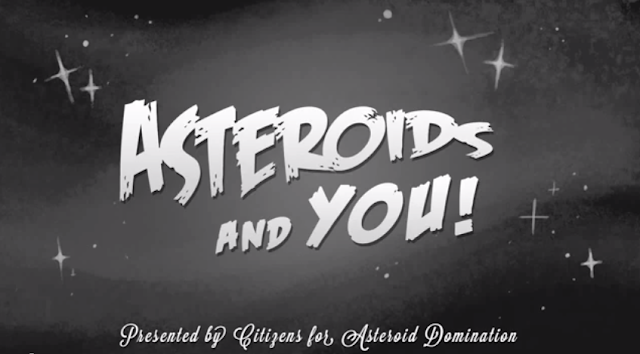 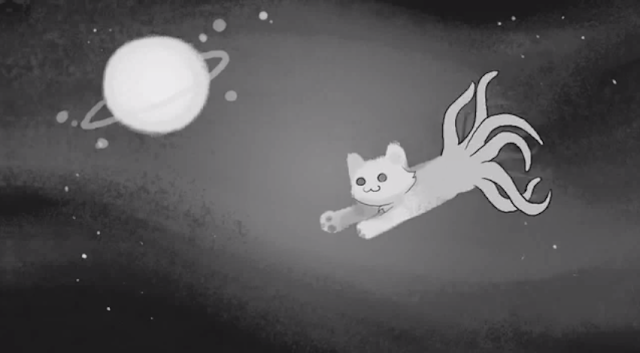 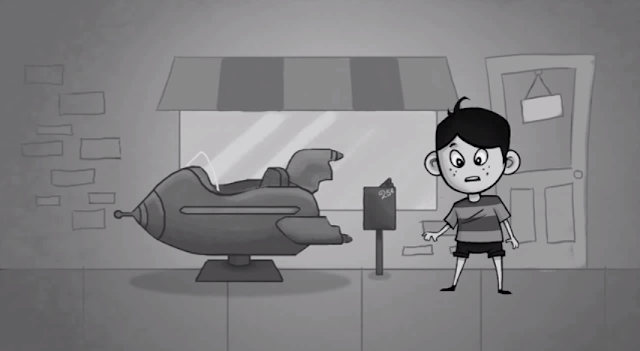 “Gold will be worthless in the future, it will be used for trinkets and tissue paper
and novelty soaps!” 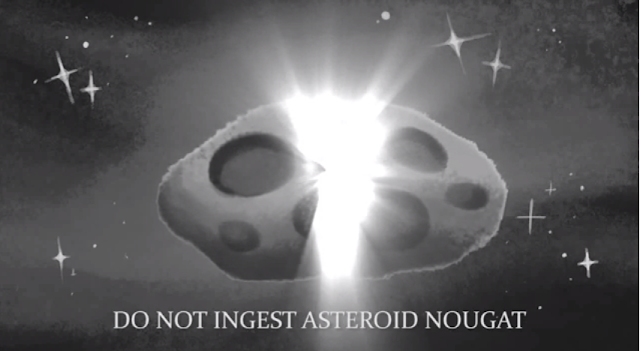 “That sure is a funny lookin’ moon!” 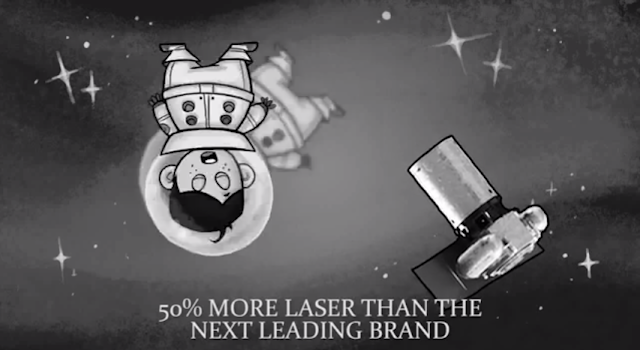 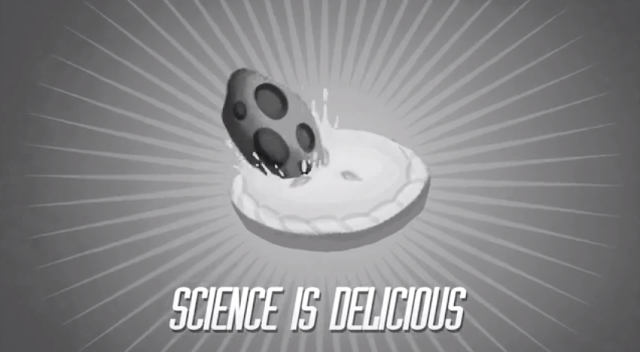 “Inside every asteroid nougat there’s a creamy center filled with wondrous delights!” 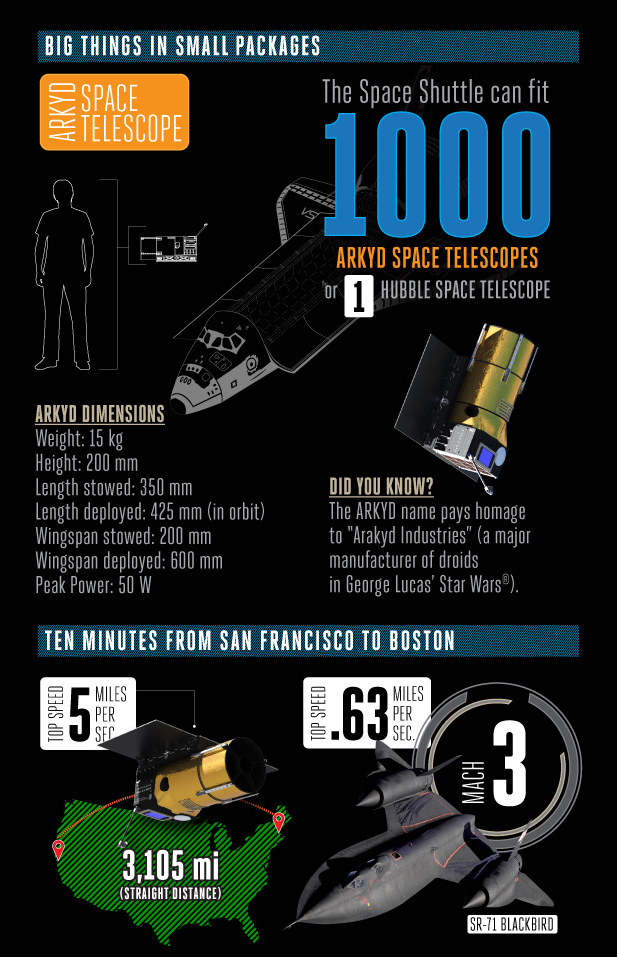 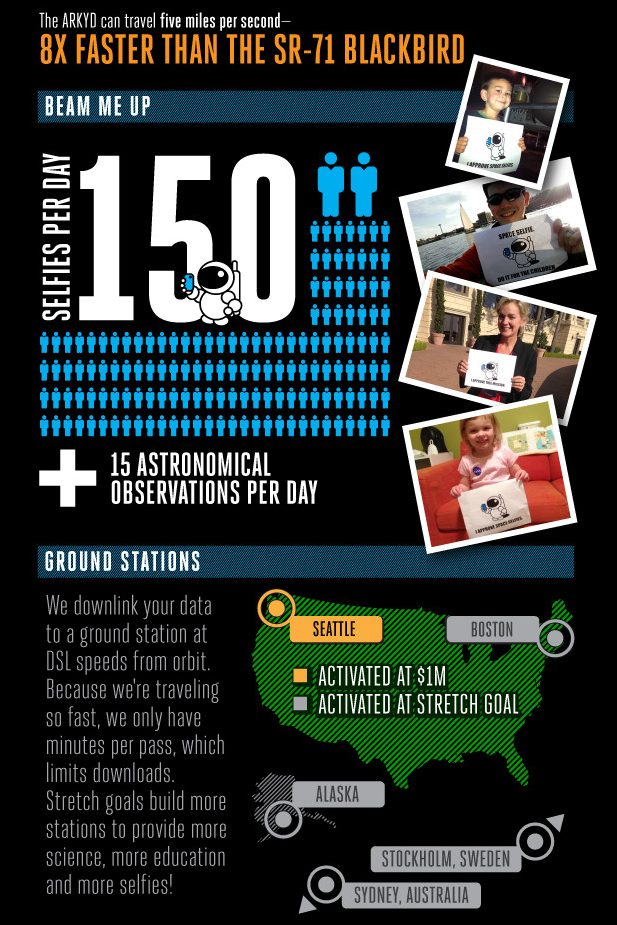 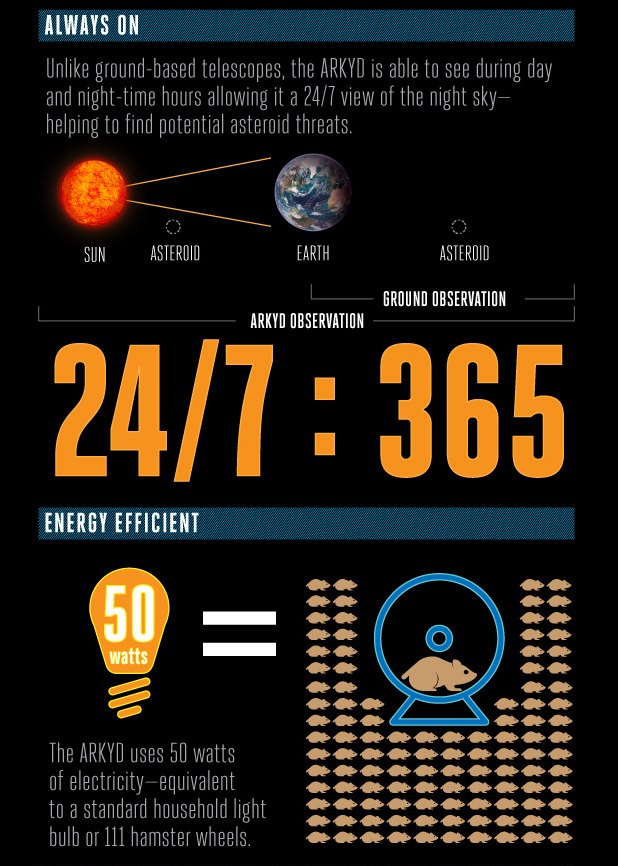 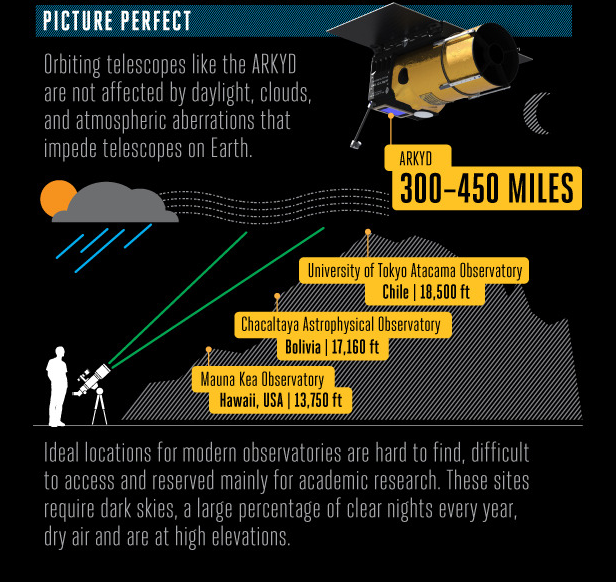 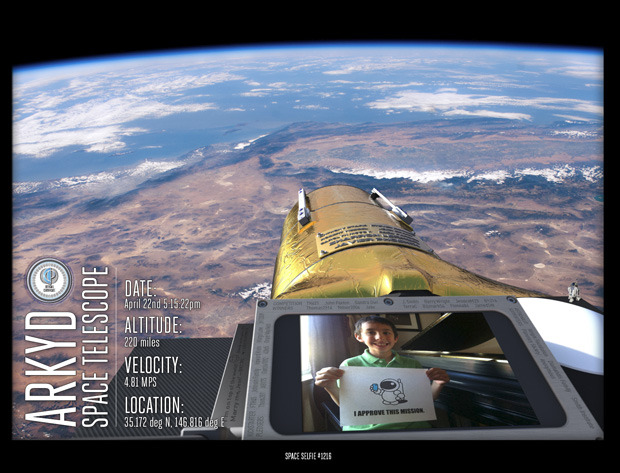 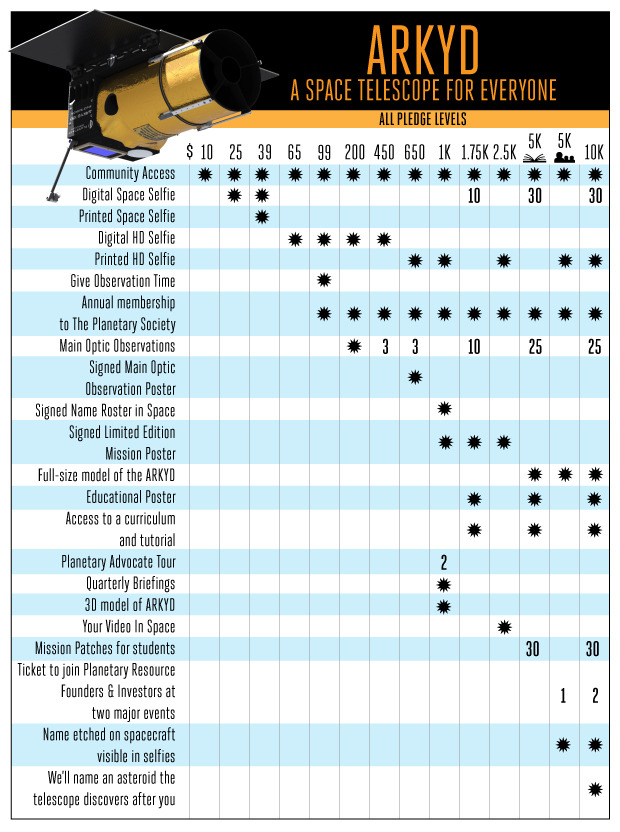 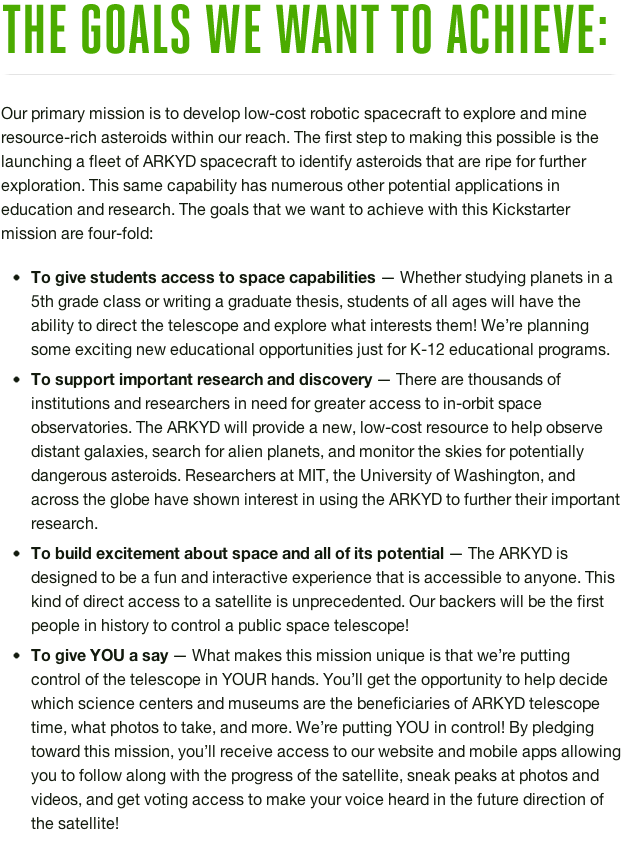 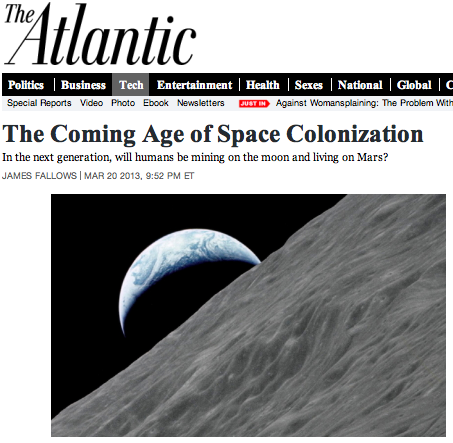 “Eric Anderson [Planetary Resources]: In the next generation or two—say the next 30 to 60 years—there will be an irreversible human migration to a permanent space colony. Some people will tell you that this new colony will be on the moon, or an asteroid—in my opinion asteroids are a great place to go, but mostly for mining. I think the location is likely to be Mars. This Mars colony will start off with a few thousand people, and then it may grow over 100 years to a few million people, but it will be there permanently. That should be really exciting, to be alive during that stage of humanity’s history.”
“In 10 years or so, what we’d really like to do is get robotic exploration of space in line with Moore’s Law [the tech-world maxim that the price for computing power falls by half every 18 months]. Remember, asteroid mining doesn’t involve people. We want to transition space exploration from a linear technology into an exponential one, and create an industry that can flourish off of exponential technologies such as artificial intelligence and machine learning.”
“It will be possible to know more about an ore body that’s 10 million miles away from us in space than it would be to know about an ore body 10 miles below the Earth’s surface.”
http://www.theatlantic.com/technology/archive/2013/03/the-coming-age-of-space-colonization/273818/ 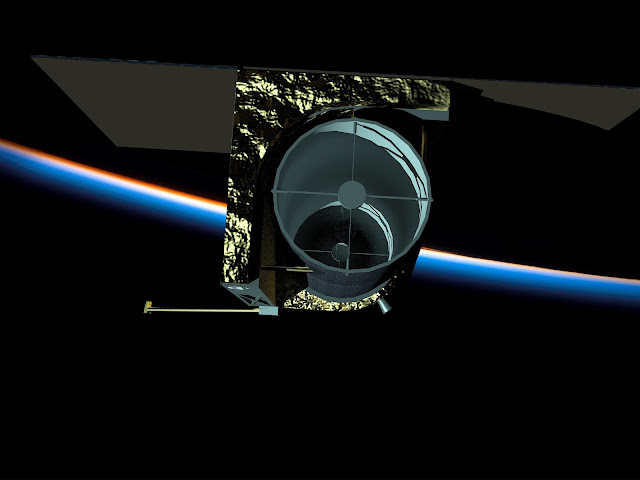 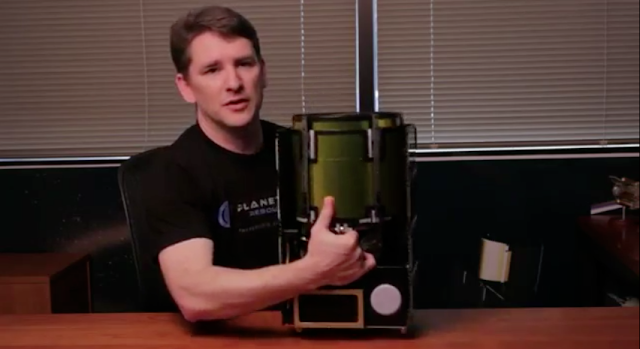 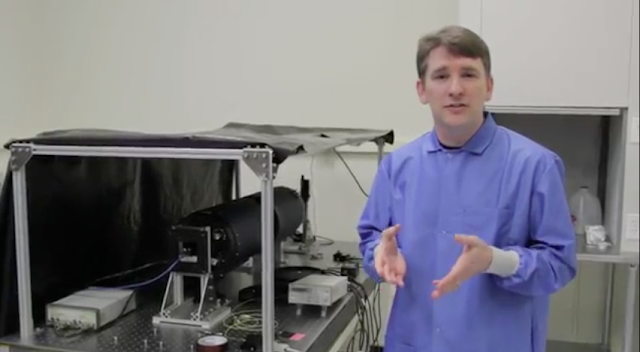 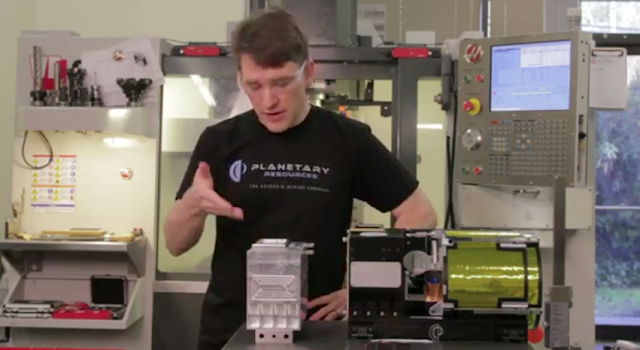 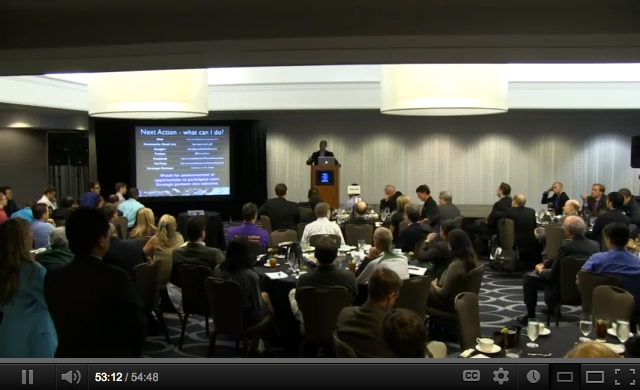