“Now, I understand that some believe that we should attempt a return to the surface of the Moon first, as previously planned,” he said. “But I just have to say pretty bluntly here: We’ve been there before. Buzz [Aldrin] has been there. There’s a lot more of space to explore, and a lot more to learn when we do; we should set our sights on points beyond, to the near Earth asteroids and reach for Mars.”

Mars Society Response:
“As the first milestone in his allegedly daring program of exploration, Obama called for sending a crew to a near Earth asteroid by 2025.

Such a flight is achievable. To do an asteroid mission, all that is required is a launch vehicle such as the Ares 5, a crew capsule (such as the Orion), and a habitation module similar to that employed on the space station. Had Obama not canceled the Ares 5, we could have used it to perform an asteroid mission by 2016. But the President, while calling for such a flight, actually is terminating the programs that would make it possible.

From a technical point of view, we are much closer today to being able to send humans to Mars than we were to being able to send men to the moon in 1961 when President John F. Kennedy made his speech committing us to that goal – and we were there eight years later. With Kennedy-like commitment, we could have astronauts on the Red Planet within a decade. Yet Obama chose to set that goal for the 2040s, a timeline so hazy as to not require him to actually do anything to realize it. The American people want and deserve a space program that really is going somewhere. To offer that, Obama needs to stop the fakery. That means a program whose effort will commence not in some future administration, but in his own; one whose goal is not Mars in our dreams, but Mars in our time.”

Zubrin, an aerospace engineer, is president of the Mars Society and author of “The Case for Mars: The Plan to Settle the Red Planet and Why We Must.” A link to the article may be found at http://www.nydailynews.com/opinions/2010/04/19/2010-04-19_obamas_failure_to_launch.html
The Mars Society is the only major space advocacy organization that has been willing to take a stand and expose the go-nowhere space policy for what it is. Help us tell truth to power. Help us save America’s human spaceflight program. Donate to the Mars Society. Come to the August 5-8 conference. Join the Mars Society.
www.marssociety.org 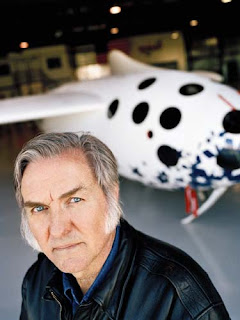 Burt Rutan is an American aerospace engineer famous for his design of the sub-orbital spaceplane SpaceShipOne, which won the Ansari X-Prize in 2004 for becoming the first privately funded spacecraft to enter the realm of space twice within a two week period. He has four aircraft on display in the National Air and Space Museum. These are a few of his thoughts regarding space policy:
My basic concern is that the real value of NASA’s contributions that America realized in the 60s and early 70s is now being completely discarded. How can we rationalize a surrender of our preeminence in human spaceflight?  In my mind, the important NASA accomplishments are twofold:  1) The technical breakthroughs achieved by basic research (not by Development programs like Constellation) and 2) The Forefront Manned Exploration that provided the inspiration for our youth to plan careers in engineering/science and that established the U.S. as the world leader in technology.
In short, it is a good idea indeed for the commercial community to compete to re-supply the ISS and to bring about space access for the public to enjoy. I applaud the efforts of SpaceX, Virgin and Orbital in that regard and feel these activities should have been done at least two decades ago.  However, I do not see the commercial companies taking Americans to Mars or to the moons of Saturn within my lifetime and I doubt if they will take the true Research risks (technical and financial) to fly new concepts that have low confidence of return on investment.  Even NASA, regarded as our prime Research agency has not recently shown a willingness to fly true Research concepts.
For years I have stated that a NASA return-to-moon effort must include true Research content, i.e. testing new concepts needed to enable forefront Exploration beyond the moon.  The current Ares/Orion does not do that.  While I have been critical of Constellation for that reason, I do not think that NASA should ‘give up’ on manned spaceflight, just that they should be doing it while meeting the 1) or 2) criteria above.
Some have guessed that my recent comments are based on my overall displeasure with the Obama Administration. They are not; however it does seem that the best technical minds in U.S. industry are still striving to find HOW America can continue to be “exceptional”, while the Administration does not want America to BE “exceptional”.
Burt Rutan
http://www.flightglobal.com/blogs/hyperbola/2010/02/burt-rutan-sets-the-record-str.html

From an essay in the Spring 2010 print edition of “The New Atlantis,” an article titled Going Nowhere by Robert Zubrin, President of the International Mars Society:

“The shuttle-era record is [not] impressive; it resulted in no new technologies of importance and reached no new destinations — despite the fact that the agency’s budget for the past twenty years has been approximately the same, in inflation-adjusted dollars, as that which it enjoyed during the Apollo period. In the Apollo Mode, NASA’s efforts are focused and directed; in the Shuttle Mode, the space agency’s efforts are random and entropic, shuffling along without a purpose, always buffeted by political winds.

Without the guidance supplied by a driving mission, under the new Obama space policy, another ten years and more than a hundred billion dollars will be spent by NASA’s human spaceflight program without achieving anything significant. We may take part in another twenty flights to low-Earth orbit, but there is no new world there to explore. Together with the Russians, we have already flown there some three hundred times over the past half-century. Spending a king’s ransom to raise that total to three hundred twenty hardly seems worthwhile.

But it must be remembered that NASA’s average annual budget from 1961 to 1973, during the years when the agency flew all the Mercury, Gemini, Apollo, and Skylab missions, as well as scores of lunar and interplanetary probes, was about $19.7 billion (converted to today’s dollars). That figure is very close to NASA’s current budget.

Mars is the closest world that truly has the resources needed for human settlement. For our generation and those that will follow, Mars is the New World.

Four decades of stagnation in space is enough. If any progress is to be made, a course must be set. Leadership is required. President Obama should reject the timid proposal his administration floated in February, which would mark the end of the American human spaceflight program, and should instead take the side of audacity and hope — by committing NASA to reach for Mars in our time.”