Keeping things light-hearted and fun Nikolay Moustakov’s clever, endearing stop-motion series Marsipan expands upon our theme of humanizing Mars through art. The pilot episode for this clever series of videos and “pubcasts” was selected for The British Council Short Film Showcase and also screened at the Edinburgh Film Festival 2005. Nikolay most recently worked as a storyboard artist on Fantastic Mr. Fox and owns his own production company, Earthly Delights Films, with which he and co-creator Liz Rosenthal are developing a slate of animation and live action projects. Marsipan leads the way in exploring Mars and beyond, bringing to you the search for life on the Red Planet in monthly videos showing “what is really happening on Mars for you to watch for free!”
Be sure to check out Marsipan’s super clever — very, very well developed — website for the British Mars Exploration Programme. For instance, this is the dialogue of the “countdown” spoken by the Flight Director when his image is clicked upon (in Marsipan HQ’s Mission Control; written and voiced by Nathaniel Tapley):
“Right, right, I’m bored with ordinary countdowns…so…today I’m going to have a poem…ten is the fingers on your hands…nine for the planets in the solar system, on each of which you might land although we prefer Mars…eight of you will leave us when the booster rockets burn…seven at least we expect to return…six are the tanks of coolant upon your outer-shell….five is the number which need to operate efficiently to stop you from being burnt to hell…the other is a back-up its there for your own safety…four…is what Mars is from the sun, fourth…three…is…a number…its two higher than one…two hands we are using to wave you goodbye…one is the single-minded belief that you will fly to Mars.  Well, not fly so much as be flown, but I — so blast off!  You cosmic sentry!  And try not to burn up…in…reentry.  Godspeed.”
Take that “3 2 1” NASA! Would that more engineers took such liberties with their Muses!
Explore Mars further via the British Mars Exploration Programme here:  http://www.marsipan.co.uk 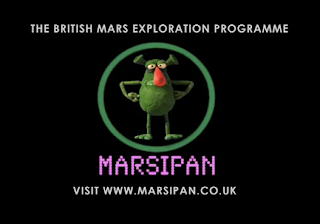 “Martians beware! Marsipan, The British Mars Exploration Program is sending its space probes in your direction! Here is British engineering at its best, exploring Mars like nobody else.” 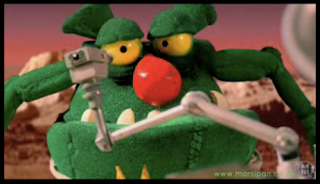 “NASA spends billions and can only show you a pile of rocks, or a computer animated reconstruction. Is there life on Mars? Of course there is and our monthly missions can prove it! Come in and see for yourself.” 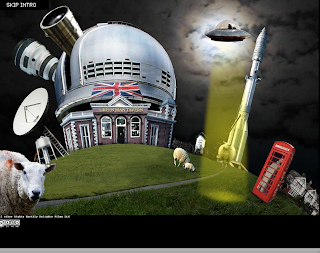 Archived “Pubcasts” of Marsipan missions by the “Greater British Space Empire” may also be viewed on this YouTube channel: http://www.youtube.com/user/MarsipanTV
Thank you Nikolay and Liz for making Mars so fun, human, and accessible!

“While going to the Moon may represent a more interesting activity for NASA’s human spaceflight program than flying up and down repeatedly to low Earth orbit, it is nevertheless not the right goal […] Mars, because of its richness in resources, – containing not only plentiful supplies of water, but carbon, nitrogen, and all the other substances needed for life and industry as well – is the nearest place where humans can settle”

For the coming age of space exploration, Mars compares to the Moon as North America compared to Greenland in the previous age of maritime exploration. Greenland was closer to Europe, and Europeans reached it first, but it was too barren to sustain substantial permanent settlement. In contrast, North America was a place where a new branch of human civilization could be born. The Moon is a barren island in the ocean of space; Mars is a New World. Mars is where the challenge is, it is where the science is, it is where the future is. That is why Mars should be our goal.”

Dr. Zubrin’s full statement may be found on the Mars Society’s website:
http://www.marssociety.org/portal/ZubrinStatementLCROSS/