“I can remember thinking, truthfully, these words about twenty years ago: ‘That, unfortunately,
the space program is all dressed up – with no place to go’…now you might’a guessed, I don’t
believe that anymore. Now here’s what happened that changed my perspective.  About ten
years ago I became part of a team at NASA that develops technologies to utilize resources in
space […] a robotosphere which will grow to have an economic output a million times that of
the United States. Imagine a million Americas in space. Then in just ten more years: America a
billion times.” 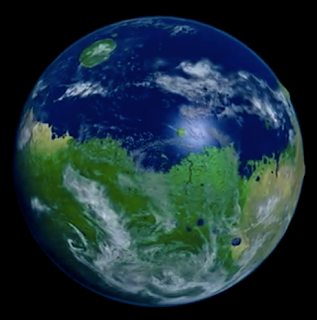 “Generated using data from the Mars Orbiter Laser Altimeter aboard the Mars Global Surveyor
spacecraft and satellite imagery from the Blue Marble Next Generation project. Sea level was
set non-scientifically, but such that it would flood much of Valles Marineris as well as provide
shoreline near the top of the cliffs on the outer edges of Olympus Mons. The clouds are straight
from NASA’s Blue Marble NG project and height mapped (rather arbitrarily, but looks good) by
relative opacity (The more opaque a point, the higher up in the atmosphere I put it). The main
texture was “painted” in GIMP over a two dimensional DEM I had done using MOLA elevation
data from the Mars Global Surveyor. This was rendered using a digital elevation modeling
program I am writing, jDem846, with some extras baked in through it’s scripting interface, and
encoded to video with ffmpeg.” 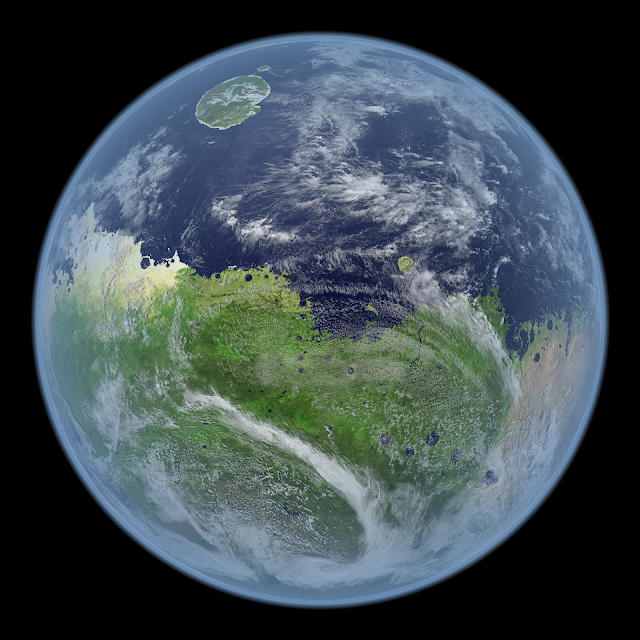 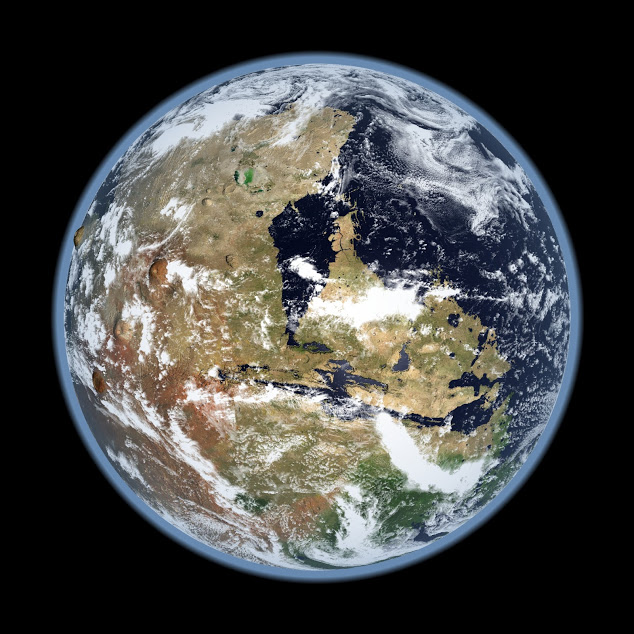 “A visualization of an Earth-like Mars, be it ancient or a future of terraforming. This was
produced by rendering a flat model image using the MRO MOLA 128 pix/deg elevation dataset
in jDem846 then layering imagery from Blue Marble in GIMP. The layer was then brought back
into jDem to produce the final spherical projection and scripted to add the atmosphere and
clouds from the NASA Visible Earth catalog. Eye position is about 6,600 kilometers (4100 miles)
from the surface of the planet and looking at the southern hemisphere (~20° South) and the
180th meridian.” 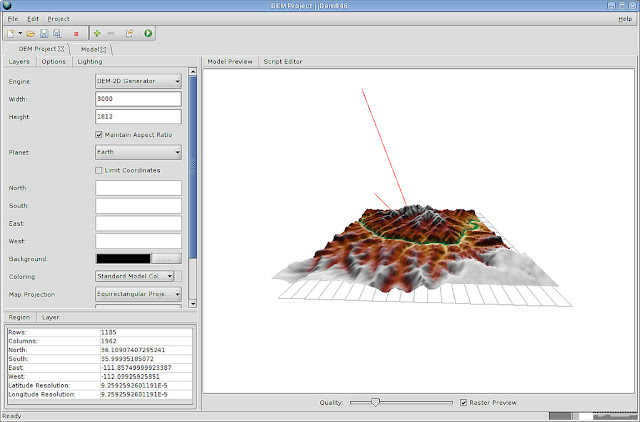 “The height of the clouds and atmosphere are largely arbitrary and set for the sake of
appearance. The terrain is also exaggerated by about 10 times. The orbital “eye” view is about
10,000 km (~6,200 miles) from the surface.
A two dimensional digital elevation model was first rendered in jDem846 (an open-source
learning project of mine) using the MRO MOLA 128 pix/deg elevation dataset. In that model, I
picked a sea level and scripted it such that terrain at or below that level was flat and blue.
The resulting model was then brought into GIMP were I painted in land features using a NASA
Blue Marble Next Generation image for the source textures. There is no scientific reasoning
behind how I painted it; I tried to envision how the land would appear given certain features or
the effects of likely atmospheric climate. For example, I didn’t see much green taking hold within
the area of Olympus Mons and the surrounding volcanoes, both due to the volcanic activity and
the proximity to the equator (thus a more tropical climate). For these desert-like areas I mostly
used textures taken from the Sahara in Africa and some of Australia. Likewise, as the terrain
gets higher or lower in latitude I added darker flora along with tundra and glacial ice. These
northern and southern areas textures are largely taken from around northern Russia. Tropical
and subtropical greens were based on the rainforests of South America and Africa.
Finally, that image was brought back into jDem846 as a layer to be reapplied to the same MOLA
dataset, but rendered as a spherical projection (like Google Earth). I scripted the model to apply
a three-dimensional cloud layer, add an atmosphere, and dampen specular lighting on dry land
and under clouds. There are some other scripted tweaks here and there.”
http://code.google.com/p/jdem846/ 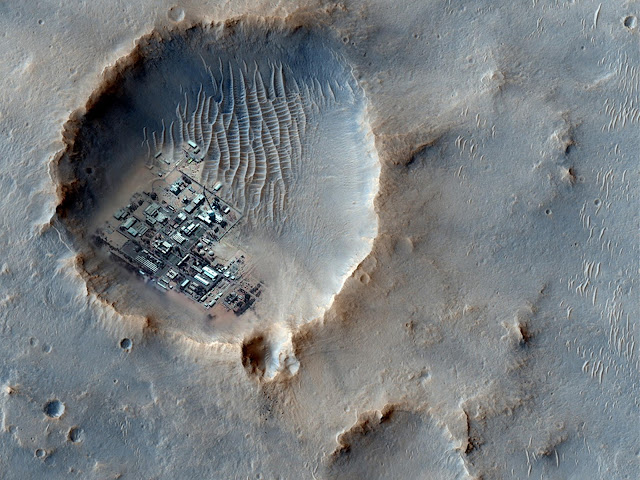 Roads out of the crater please… ; )