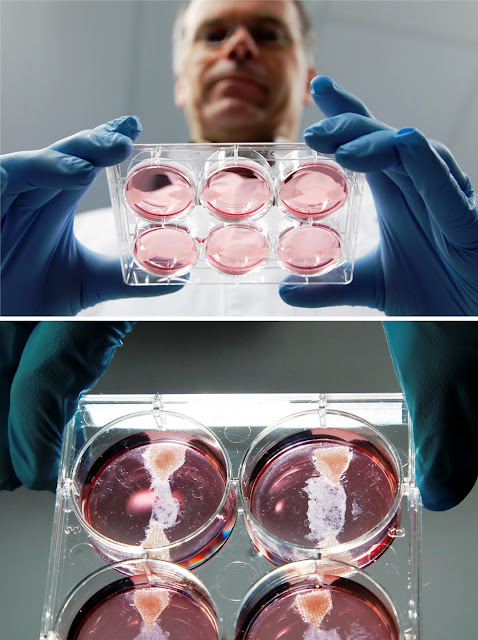 The ‘Lucinda Test’ is the point in development of ‘cultured steak‘ alternatives at which a person with refined culinary taste cannot tell the difference in a blind taste test between animal harvested tenderloin and synthetic tenderloin of comparable cost and nutritional value.

“You’ve got to have faith in technological advances, that they will be solved. I feel strongly that this could have a major impact on society in general. And that’s a big motivator….”
http://www.nytimes.com/2013/05/14/science/engineering-the-325000-in-vitro-burger.html
Most persons reading this blog will have heard interviews of Elon Musk in which he describes how he became interested in solar power and electric vehicles by asking himself what technologies he should work on to most advance human progress. It is now time to add synthetic animal protein to that list…perhaps created by energy from solar power, and, definitely for use off-Earth.
“Fifty years hence, we shall escape the absurdity of growing a whole chicken in order to
eat the breast or wing, by growing these parts separately under a suitable medium.”
Winston Churchill
New-Harvest.org
ModernMeadow.com
“It’s not a question of time, it’s a question of money.”

“I have absolutely no problem with non-meat cookery – I just think it should be proud of its vegetarian nature. Not trying to mimic something else through the use of meat substitutes. As far as I’m concerned, there are no substitutes to meat. But that’s my opinion and clearly many of you disagree. The market for meat substitutes is currently worth two hundred million pounds a year and increasing. […] Whole meal bread – you know, ground wheat, fermented, cooked in an oven – cheese, milk which you keep until it goes rotten and rancid and lumpy, and then you eat it. Why should anyone regard those as natural – they’re completely artificial. They’re traditional technologies. These are new technologies. […] The production of meat as we now do it is completely unsustainable. So, the economics of it make much more sense. The other thing is you’re eating meat that hasn’t involved the death of an animal. And from my point of view that would be the single greatest advantage of all.”

“A meat-eater with a bicycle is much more environmentally friendly than a vegetarian with a Hummer. […] And we all know that…the bio-industry is, sort of, ah…animal…unfriendly. […] The thing is you can play with it. You can make it much more efficient than a cow or a pig. So we can increase the efficiency of this process – that’s where our gain actually is. And we could potentially tweak the feeding of these cells in a way that it becomes a more healthy product.”

“A staggering 18 percent of all greenhouse gas emissions come from livestock…while the entire transport sector – that’s cars, trucks, airplanes combined – only makes up 13% of all greenhouse gas emissions. Another issue is the water, land, and food resources needed to raise livestock. […]  Another great benefit is the public health potential from cultured meat. So right now we suffer very high rates of cardiovascular disease due to the amount of animal fat that we take in from our meat. And in cultured meat we can precisely control the amount of fat so you can have more of the healthy fats like Omega 3 and less of the unhealthy fats. So we can have hamburgers that prevent heart attacks than actually cause them. […] We think that the ‘yuck factor’ should really be associated with conventional meat. Because this is meat that is typically unhealthy – with up to half of our chicken contaminated with salmonella or campello bacter according to a recent Consumer Reports study. We have increased risk from e coli. We have problems like swine flu. And avian flu. -The yuck factor should really be focused on conventional meat. And the way it’s produced right now – which is simply unhealthy unsafe and unsustainable.”
“The consumption of conventionally produced meat is the primary cause of food poisoning. Cultured meat produced in aseptic conditions would not have had access to those pathogens to become contaminated. […] And in this case you can save land, you can reduce global warming, you can eliminate infectional [sic] disease like chicken flu, ah, cow diseases. […] The amount of fat in meat can be adjusted for taste, and, better health. […] We can design specific taste, we can design texture. And, this product not only provide highly sophisticated natural nutritional protein – but it also reduce obesity. […] Just like wine that was produced in a winery and bread that was produced in a bakery, there’s many products that we’ve eaten – such as beer and bread – and these are accepted traditional products of biotechnology. And [a carnery] is taking this to the next step. It’s not a question of time, it’s a question of money.”

“We like our meat to come from the disgusting salmonella infested sources we’re used to…like sidewalk hotdog stands. And spam. […] When you’ve got something that could potentially end climate change, heart disease, and maybe even world hunger – doesn’t it seem shortsighted just because it seems gross?”

“If I can’t tell the difference then of course I’ll eat it. […] If you start out with a chicken cell, then it should taste like chicken. -Then again doesn’t everything?” 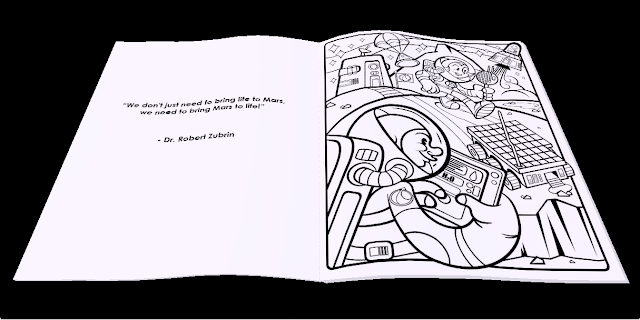 Lucinda Offer (Former Executive Director of the Mars Society ) discusses the book on a
podcast of the SPACE SHOW with Dr. David Livingston HERE (about 40 minutes in)