The human need to explore is deep within all of us. Our ancestors crossed mountain ranges, sailed archipelagos, and sought out the unexpected – while always looking to the stars. We are curious. And now, we’re at a place where we can pioneer new horizons. Because Earth – this blue planet, in all its beauty – is just our starting point. Now is the time to open the promise of space to all. And lay the way for generations to come. When our descendants look to the stars – perhaps from a rocky moon or colonies floating in open space – they’ll remember this time, when they’ll reflect on where it started, they’ll remember this place. And when they honor those first explorers who said, “Let’s go.” They’ll remember these bold steps. We are [“of” or “a”?] blue origin. And this, is where it begins.

(Jeff has a perfect deep voice for this but intonation needs to vary. After the first sentence it is not passionate enough, and comes across as unexcited, sleepy. These words are also too plain (for example “let’s go” delivered with a period rather than exclamation)…compare Jobs reading “The Crazy Ones” with a far less perfect voice in pitch but genuine heartfelt emphasis and modulation: https://www.youtube.com/watch?v=eAVW-jLRLE8 Anyhow, congratulations!) 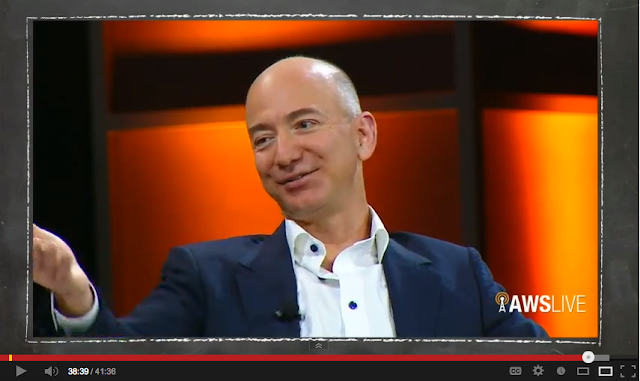 Literal Factual Fiction transcription (there are lots of “ums” and “ahs” in these scripts…they are meant to encourage realistic dialogue in narrative writing, not to be insulting : )

“I very frequently get the question: what’s gonna change in the next ten years. That is an interesting question – it’s a very common one. I almost never get the question: what’s not going to change in the next ten years. And I, submit to you, that that second question, is actually the more important of the two. Because you can build a business strategy around the things that are stable in time. And so as you pointed out, in our retail business, we know that customers want low prices – and I know that’s going to be true ten years from now. They want fast delivery. They want vast selection. It’s impossible for me to imagine a future ten years from where a customer comes to me and says, “Jeff, I love Amazon but I just wish the prices were a little higher.” You know how, you could – “I love Amazon, I just wish you’d deliver more slowly.” And so the effort that we put into those things, spinning those things up – we know, the energy we put into it today, will still be paying dividends from our customers ten years from now. And so those – when you have something that you know is true, even over the long term, you can afford to put a lot of energy into it.

Innovation is a point of view. You have to actually select people that are part of the company who want to innovate and explore. Um…being a pioneering…company – an “explorer” company – isn’t for everybody. Some people wake up in the morning and they get their, uh – energy, the thing they think about in the shower as they start their annual planning process, or however you want to think about it – “who are the three companies that we’re going to kill this year”. That’s the conqueror mentality. And, it’s competitor focused mentality instead of a customer focused mentality. And it’s not being – that mentality can succeed by the way…so I’m not claiming that the pioneering explorer approach is the only effective one, um, but when you’ve – when you attract people who have the DNA of pioneers, and the DNA of explorers – you build a company of like minded people who want to invent. And that’s what they think about when they wake up in the morning “how are we going to work backwards from customers and build a great service or a great product” – you, you, you – that’s ah, that’s ah, key element to invention. That part is fun by the way. So if you’re the right kind of person, and you like to invent, and you like change – and everything you see as you move about the world you think about how it could be improved. That’s just fun. At Amazon, over the last eighteen plus years, we’ve attracted a bunch of people like that, and we have a ton of fun doing it. Now there are a couple of other things that are essential to invention and innovation – that are not as fun. One of them is you have to have a willingness to fail. You have to have a willingness to be misunderstood for long periods of time. If you do something in a new way – now I don’t care what it is…people are initially going to misunderstand it relative to the traditional way. And they will – there will be well meaning critics, who will, you know will genuinely want the best outcome but they’re worried about this new way. And there’ll also be of course, self-interested critics…who have a vested interest in the traditional – they have some profit stream tied to the traditional way. Um, but, doing things – doing things – if you never want to be criticized for goodness sake don’t do anything new. So…it’s, it’s okay, though, if you have a willingness to be misunderstood for long periods of time. If you have a willingness to fail. Then what you can do is you can ramp up your rate of experimentation. So successful invention – successful invention is inventions that customers care about. It’s actually relatively easy to invent new things that customers don’t care about. Um, but successful invention, ah,if you want to do a lot of that, you basically have to increase your rate of experimentation. And that – you can think of as a process, how you go about organizing your systems, your, people…ah, all of our assets, your own daily life and how you spend time, how you organize those things to increase your rate of experimentation. Because not all of your experiments are going to work.

You see it, you know, on the blogosphere – on Facebook – you see anywhere customers can talk, discussion boards, about products and services…let’s put it this way, if, in the old days, you might be best advised to put thirty percent of your energy and effort into building a great product or service – and then seventy percent of your effort and energy into shouting about that service…that has flipped around. And basically the balance of power is shifting from, the, you know, the providers of services, providers of offerings, to: the consumers of offerings – and, I believe that’s a great thing for society, I even believe that’s a great thing for the companies that provide the services as long as they acknowledge it and embrace it.

[…]  Whenever you empower people with new tools you see beautiful results.

Blue Origin is a, ah, um, ah, a space – a company that’s developing a vertical take-off, vertical landing, space vehicle. Ah, and ah, so it takes off on its tail like a normal rocket and lands on its tail like a Buck Rogers rocket. It’s designed to be reusable. We’ve built our first development vehicle, we’ve build our second development vehicle, we’re right now working on our third development vehicle. Great team of engineers, located in Seattle. Another team of people ‘test and operations’ in West Texas where we do our flights. And, uh, it’s proceeding along very nicely, ahhh – I’m hopeful that this third development vehicle, will be our last. But we can’t know for sure. And then, we will, ah, build our operational vehicle and start taking people to suborbital missions – we’ll sell tickets…the long term goal of Blue Origin is to – not only do suborbital but also orbital and to democratize…space travel so that anybody who wants to go into space can afford to do so.

Vogels : Are there particular challenges to vertical take off and landing that, that, other approaches don’t have?

Yeah, um, every approach has its…plusses and minuses. The thing that I like about – well, first of all: you need reusability. So, when you go look at any approach that doesn’t have reusability, it’s never going to be low cost. There’re only two problems of space travel today: it’s too expensive and it’s too dangerous, other than that it’s fine. [laughter] So we hope to solve those two problems. And if you want to solve those problems, and have a spacefaring species, you need to – um – you need to practice, and you can’t practice this with expendable vehicles. It’s like, you know, it’s like flying your – you know, you get on a 747 with a bunch of passengers, fly to Hawaii – and then: throw the whole plane away. It’s just a bad – it’s a bad cost structure. And, um, so we need reusability. So we have to get the vehicle back. And, ah, one of the ways to get it back is to put wings on it, um, and then you can land it on a runway. Another way to get the vehicle back is to land it vertically under, under rocket power. And both techniques have advantages and disadvantages – one of the things I like about vertical landing is, if you get it to work, it’s very scalable. It scales to very, very large size. Whereas wings sort of – you know – they top out a bit.

Vogels: Ok, so, it cannot only be experimentation. I assume you do a lot of computation and, um, you know, simulation as well.

Absolutely. Blue Origin is a huge – as you know – he’s leading me here – but it’s, it’s true, Blue Origin is a huge, user of AWS [Amazon Web Services]. And it’s because – we used to have a Beowulf cluster, and it was a total pain in the butt, and ’cause we’re always upgrading – we do a lot of computational fluid dynamics calculations. And now – the Blue Origin team – can spin up, you know, multi-thousand node clusters – and what used to take a weekend of elapsed time can now be done in minutes. And it keeps getting better. It keeps getting better. So yeah, the, you know, the – I think it’s safe to say the, uh, the heavy duty compute users of Blue Origin are very, ah, you know, ah – they basically wet themselves they’re so happy….

Never chase the hot thing – whatever it is. That’s like trying to catch the wave, you’ll never catch it. You need to position yourself and wait for the wave. And the way you do that is, you pick something you’re passionate about. So, that’s the one piece of advice I give someone who wants to start a new company – or, start a new endeavor inside of a bigger company. Make sure it’s something you’re interested in, something you’re passionate about. Missionaries build better products. And so I would take a missionary over a mercenary any day. Mercenaries want to – you know, flip the company in a day and get rich. Missionaries want to build a great product or service – you know, it’s one of those great paradoxes – its usually the missionaries who end up making more money anyway. But, so that’s one. Pick something you’re passionate about. And…the second is…start with the customer and work backwards. That’s…those two things…passion and customer-centricity, will take you an awful long way. 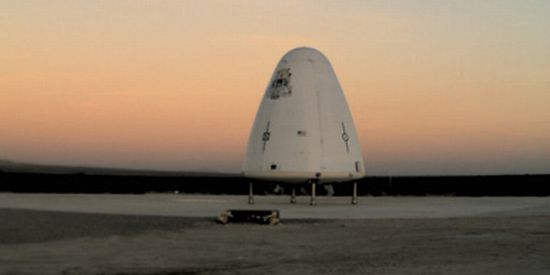 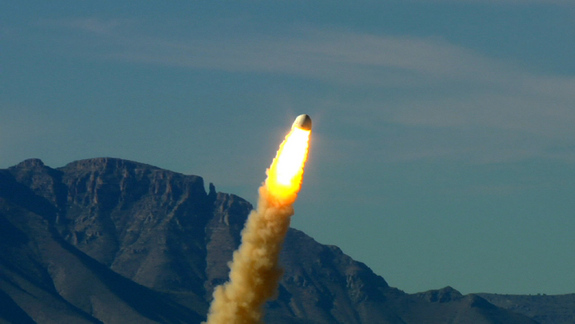 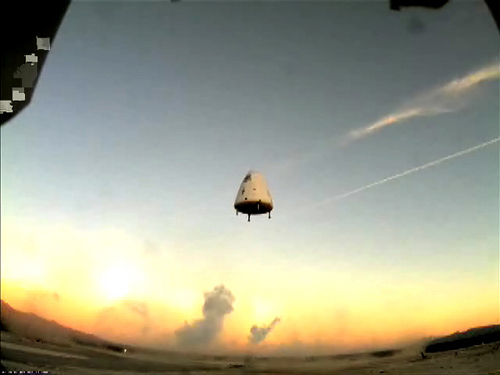 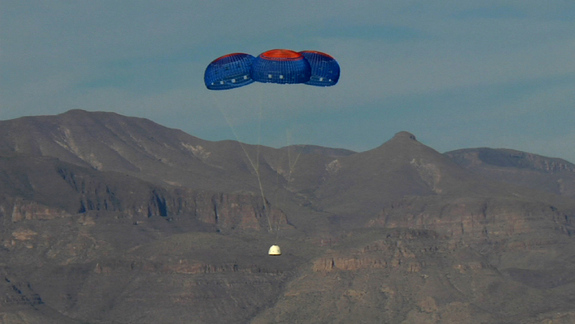 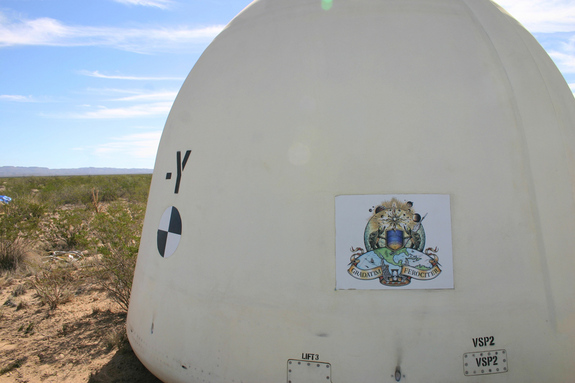 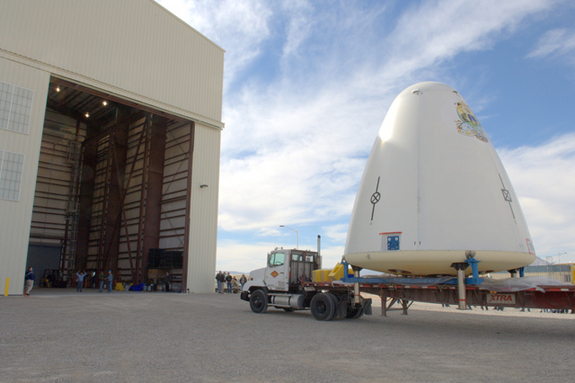 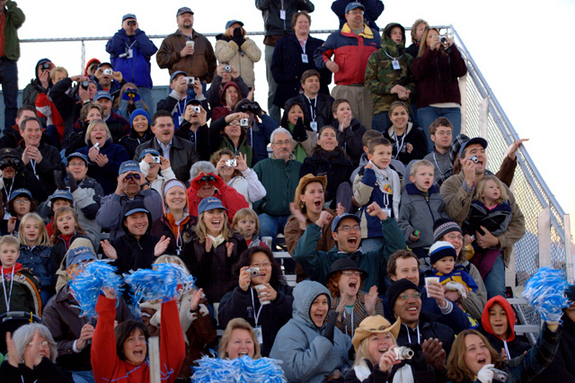 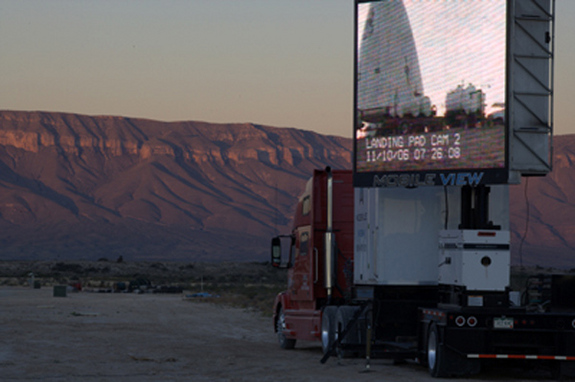 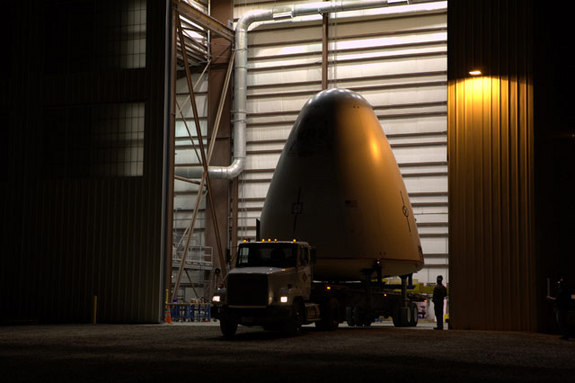 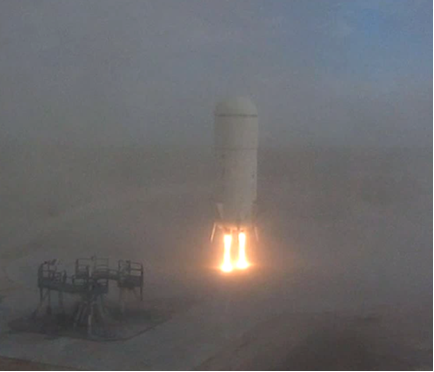 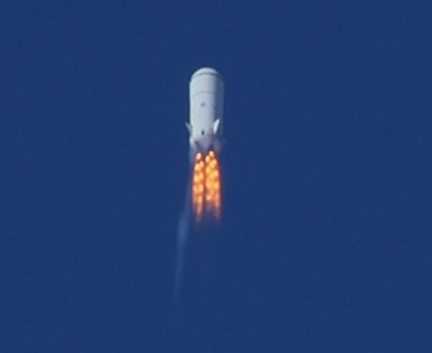 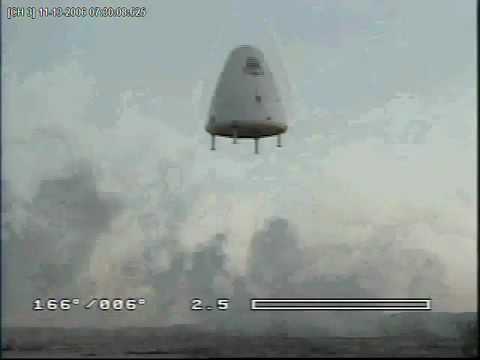 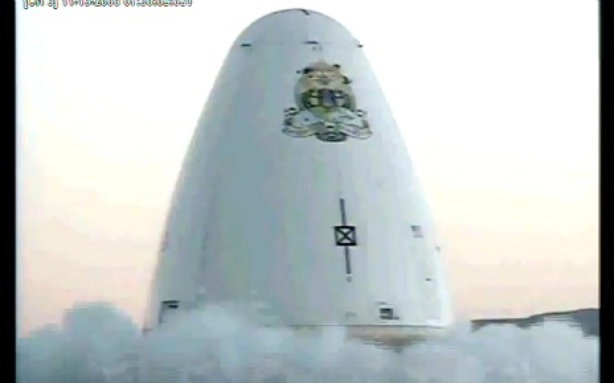 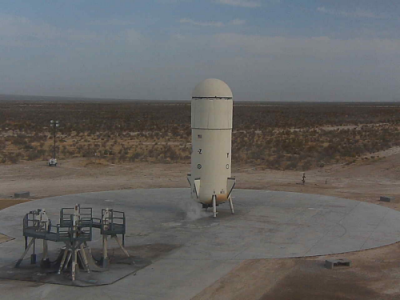 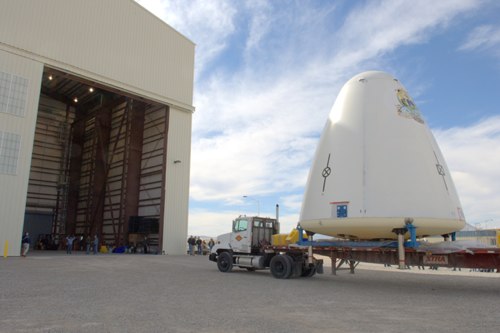 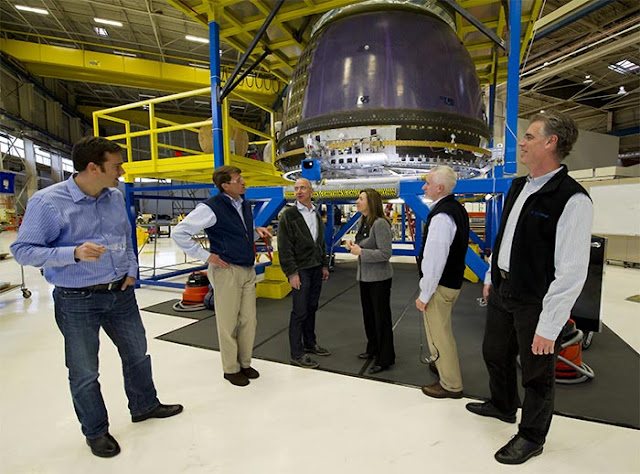 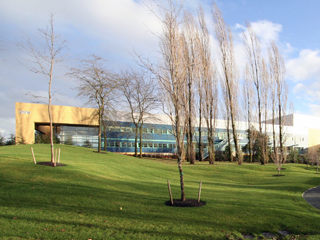 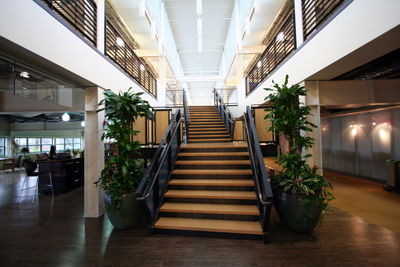 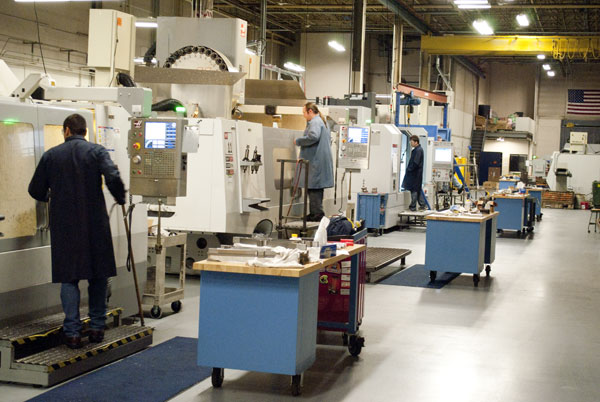 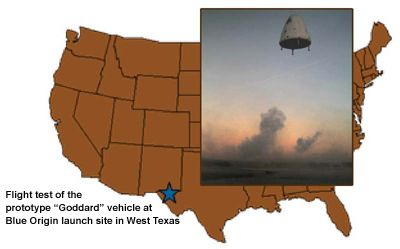 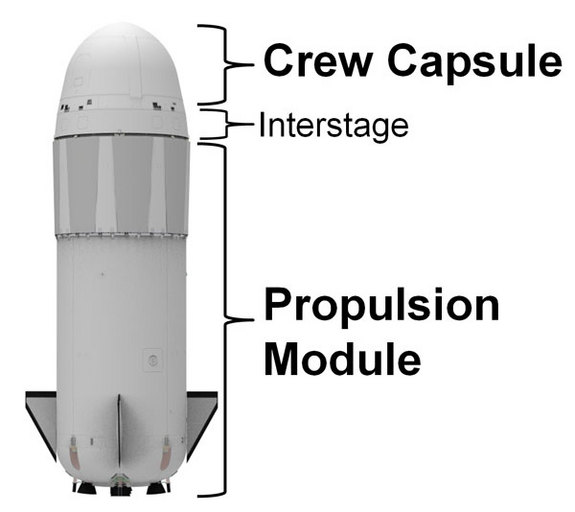 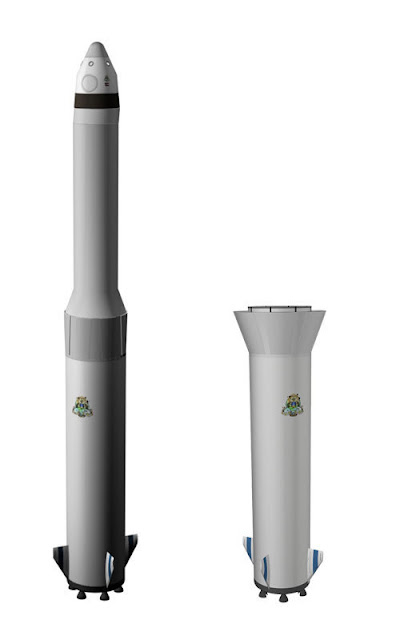 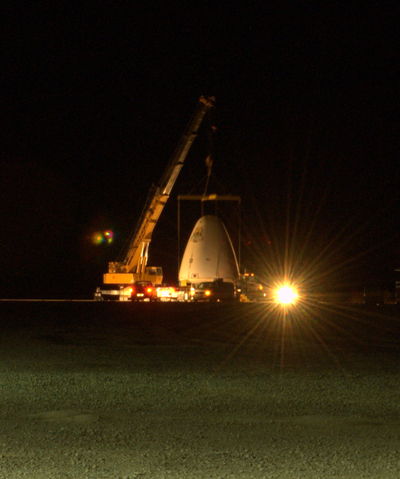 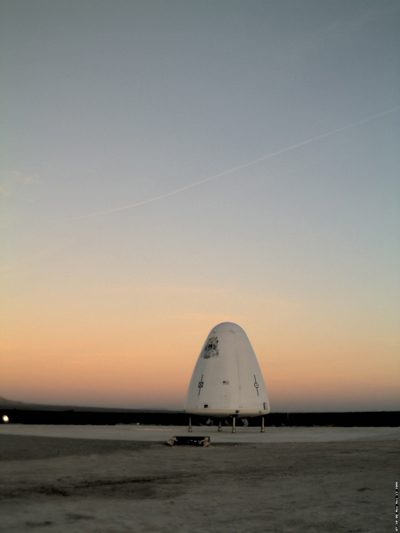 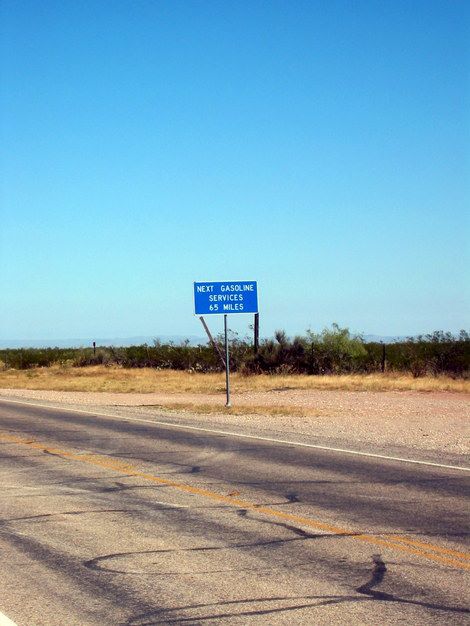 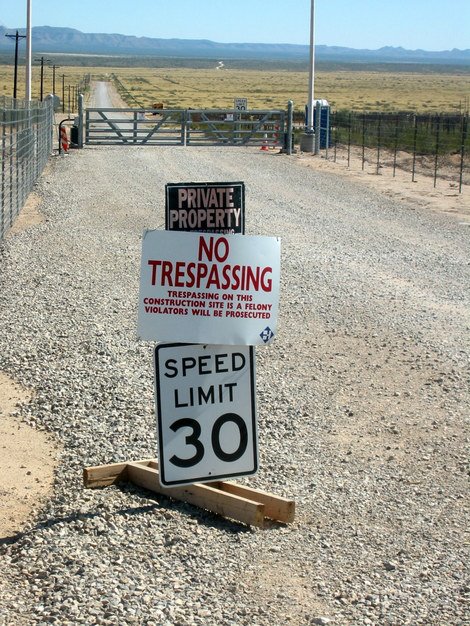 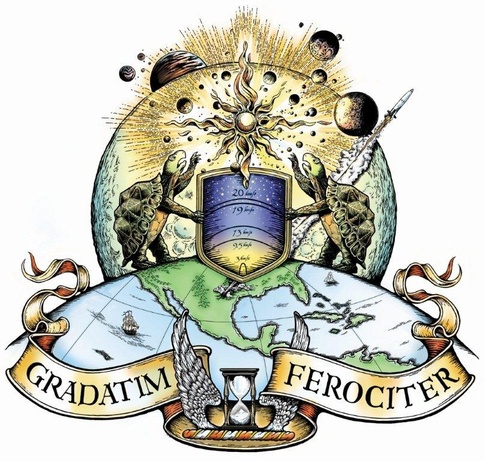 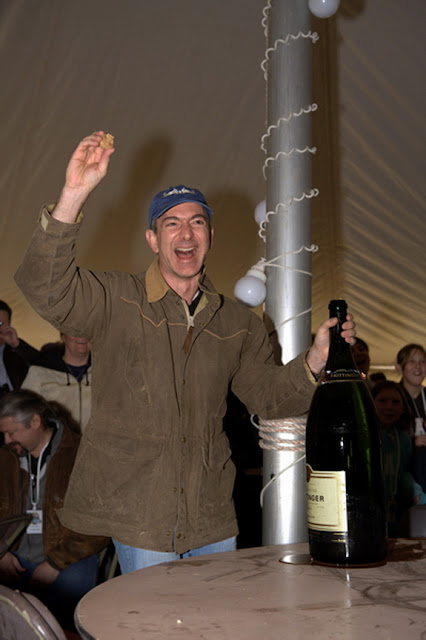