“I am a cheerleader for anyone who wants to be an engineer. I think everybody should be an engineer or at least get an engineering background – even if you don’t work professionally as an engineer, I think it provides such an extraordinary problem solving ability. So I cheerlead for anyone. We continue to give to the Frank J. Redd Student scholarship competition – I don’t manage that anymore – I speak at high schools, grade schools, and universities, to encourage people who would never consider being engineers to become engineers. I think it is just something that will create a much better world if more people focus on being engineers – or physicists.”

Gwynne Shotwell is the President and Chief Operating Officer of SpaceX
http://www.thespaceshow.com/detail.asp?q=2212

“Our focus is Mars. You know, getting back to the moon will be really hard. And we’re afraid that, if we focus as a nation on getting back to the moon – when we should be focused on doing somewhere beyond where we’ve gone before – that, you end up spending so much money on that hard problem, that, you severely delay solving what we consider should be the focus of the root of the problem we should be looking at. And that is getting to Mars. So, we consider it [the moon] more of a distraction if we’re talking about a national program.”

Gwynne Shotwell is the President and Chief Operating Officer of SpaceX
http://www.thespaceshow.com/detail.asp?q=2212

via RE/CODE: “Spending on STEM (science, technology, engineering, mathematics) education in public education about equals what we spend on beer. Not beer and pizza. Not beer and wine. Beer,” Gwynne Shotwell said on Tuesday, speaking onstage at the first Makers Conference in Rancho Palos Verdes, Calif. “I don’t think it’s a coincidence that we dropped five points in the last 15-year-olds’ math and science test.”

“I want to see my children go to Mars. And I’d love to see my grandchildren go to other galaxies,” said Shotwell, who admitted that she became an engineer because she saw one speak and liked her suit and shoes. “I actually feared telling this story for years, but I’m 50 now, so I can do whatever I want.”

“Barbie I Can Be… dolls and accessories let girls play out different roles and “try on” fabulous careers, including astronaut. Always a pioneer, Barbie doll is ready for her thrilling mission to Mars in a stylish and functional suit — sure to dazzle any alien life form she encounters! The sleek, white jumpsuit is decorated with metallic pink accents and a Barbie logo in black. Plus, she comes with all the necessary accessories — large boots, air tank, and helmet with clear visor — for outta-this-world adventures and explorations! ” 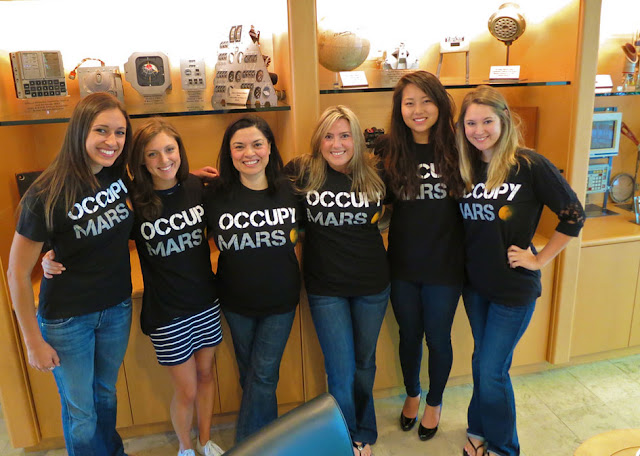 “This image is one of my favorites because it epitomizes the fact that: we’re people, we’re in a special place, we have people living in space…space was Tracy’s vantage point, it was my vantage point, it’s been the vantage point of several hundred people. And it’s where we live. We don’t just live here on the Earth. We live here and we live in the solar system – and I just love this picture that Tracy took.”

“Real people are doing real things – which they need to do – and they’re up in space.” 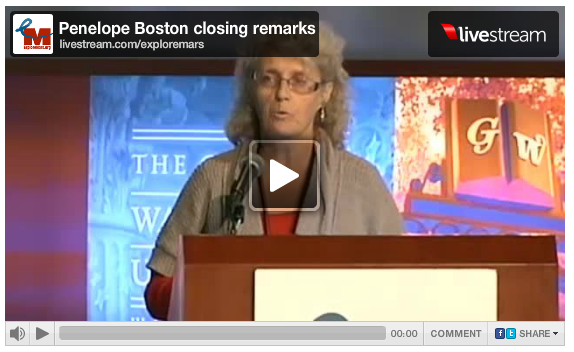 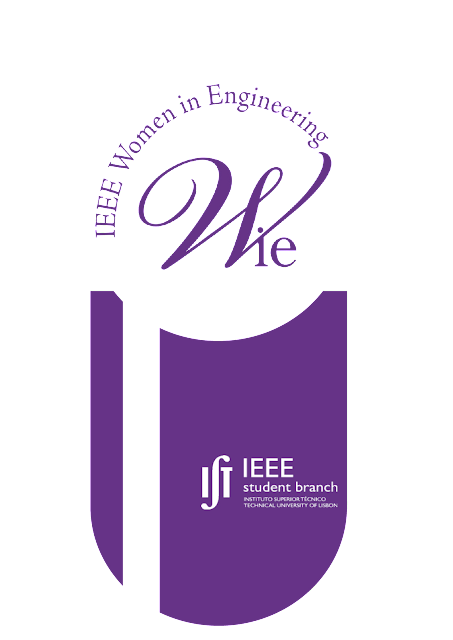