“NASA has established a cadence of Mars missions, each more complicated than the last, each developing Martian science and engineering with eventual human exploration in mind. As long as the Mars missions continue, the agency can iterate on its carefully accumulated institutional knowledge. If that knowledge is wasted and manufacturing partners spin down, the entire Mars apparatus will have to be regrown from zero.”

“Wherever NASA is directed to go by the new administration will likely require a commitment that pushes the alternative back by decades.”
“…if we put everything into the moon, we’ll be stuck there for decades… Does US want to do a moon program forever? I don’t know. Our advantage is clearly on Mars exploration.”
“…building the thing—moon base or Mars colony—is the cheap part. It’s the operational costs that bog exploration down. Twenty percent of NASA’s budget goes to keeping the space station crewed and in orbit. A moon base will entail a similar such slice of the pie, which covers things like maintenance, ground support, technicians, engineers, physicians, launches, hardware, supplies, and food. You don’t maintain a moon base and gear up for Mars. Just the opposite: Going to Mars would specifically entail closing the moon base, which places Mars on the other side of lunar exploration, base design, base construction, base operations, base maintenance, and base divestment. NASA and world partners began work on the International Space Station began during Ronald Reagan’s first term. If we build a moon village, we’ll be there for a very long time.”
https://www.theatlantic.com/science/archive/2017/01/the-moon-base-mirage/511943/
https://twitter.com/dwbwriter 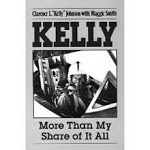