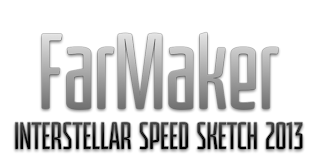 Submissions are open to the FarMaker Interstellar Speed Sketch 2013 contest, being organized in conjunction with a conference on interstellar travel called Starship Congress, to run Aug. 15 to 18 in Dallas, Texas. The deadline to apply is Aug. 1. 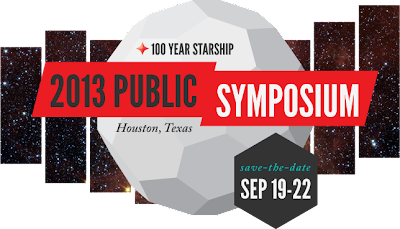 For further inspiration and reference sources, see Gallery of Daedalus & Icarus and Daedalus is the First and only ‘Starship design’ in History.

Also, be sure and check out Stephan Martiniere’s January 2013 “Explore” illustrations for National Geographic. Winners of the contest, which will be judged by illustrator and concept artist Stephan Martiniere, a guest of honor and keynote speaker at Starship Congress, will be included in an upcoming book on Project Daedalus. Entrants may spend between 5 minutes and 1.5 hours sketching concept art on the following themes:

Building: Interstellar tech helps a city thrive on Earth, keeping shipyards busy. What is it like?

Journeying: The Daedalus spacecraft bridges the vastness between stars. How does it feel?
Arriving: We reach our destination. What do we find?
Freeform: A bracket for dynamic and realistic visions we can’t yet foresee.
For more information on the space art contest and Starship Congress, visit:
http://farmaker2013.tumblr.com/about
http://100yss.org/