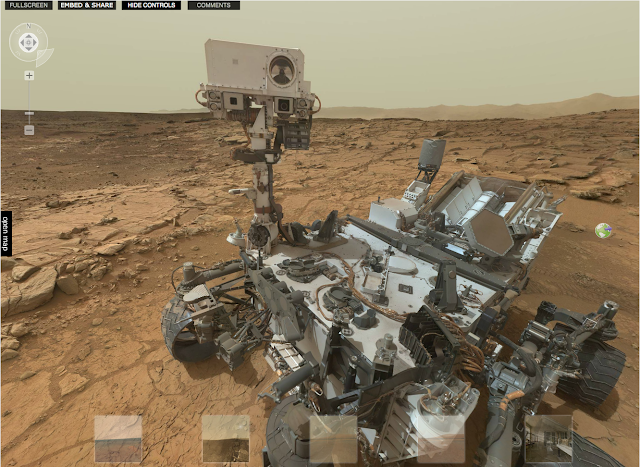 http://sjfiremuseum.org/wp-load.php At the bottom of this panorama is the hole drilled in a rock. The drilling took place on Feb. 8,
2013, or Sol 182, Curiosity’s 182nd Martian day of operations. The sample-collection hole is 0.63
inch (1.6 centimeters) in diameter and 2.5 inches (6.4 centimeters) deep. The “mini drill” test
hole near it is the same diameter, with a depth of 0.8 inch (2 centimeters). 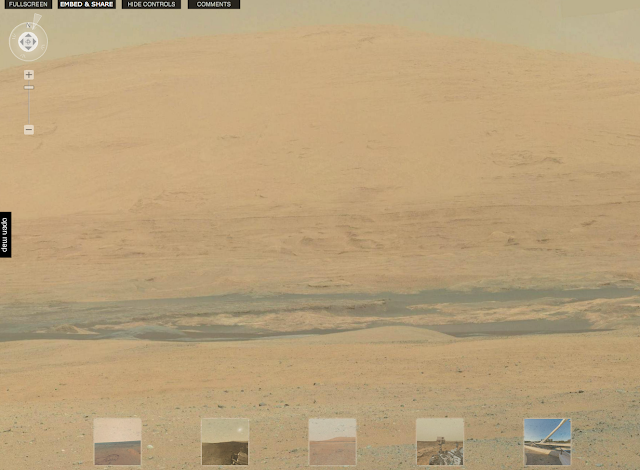 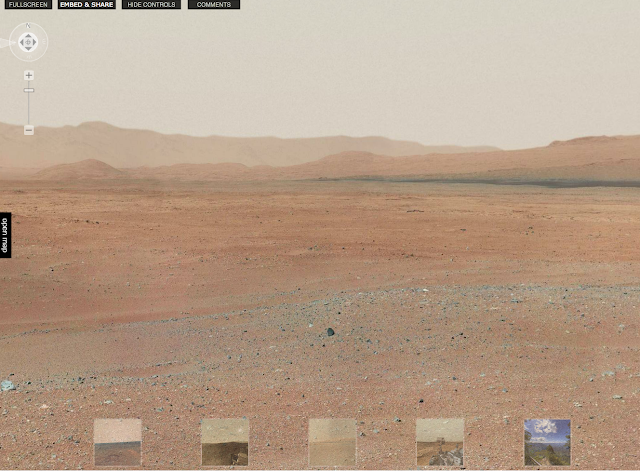 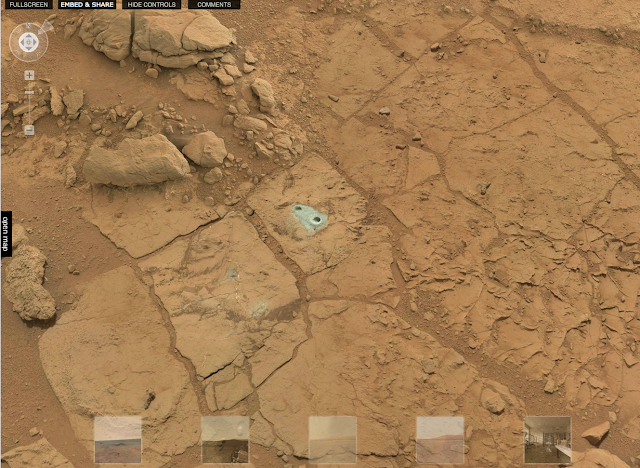 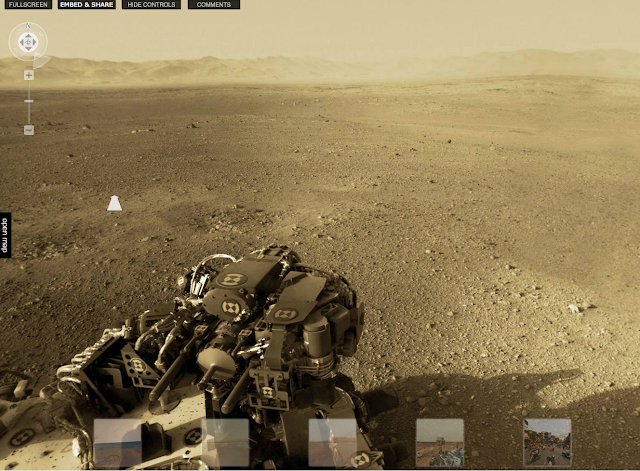 Astronomy Picture of the Day:

Explanation: This remarkable self-portrait of NASA’s Mars Curiosity Rover includes a sweeping panoramic view of its current location in the Yellowknife Bay region of the Red Planet’s Gale Crater. The rover’s flat, rocky perch, known as “John Klein”, served as the site for Curiosity’s first rock drilling activity. At the foot of the proud looking rover, a shallow drill test hole and a sample collection hole are 1.6 centimeters in diameter. The impressive mosaic was constructed using frames from the rover’s Mars Hand Lens Imager (MAHLI) and Mastcam. Used to take in the panoramic landscape frames, the Mastcam is standing high above the rover’s deck. But MAHLI, intended for close-up work, is mounted at the end of the rover’s robotic arm. The MAHLI frames used to create Curiosity’s self-portrait exclude sections that show the arm itself and so MAHLI and the robotic arm are not seen. Check out this spectacular interactive version of Curiosity’s self-portrait panorama. 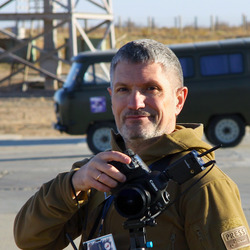 Photographer Andrew Bodrov, a member of the International Virtual Reality Photography Association (IVRPA), has been professionally engaged in panoramic photography for over 12 years. He has shot panoramas for the 3D Tallinn Project, Tallinn Song Festival, Cathedral of Christ the Savior in Moscow, Baikonur Cosmodrome as well as hundreds of other panoramas from around the world.
http://www.360cities.net/profile/bodrov