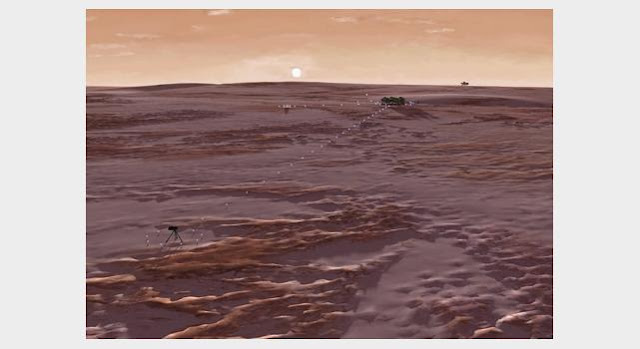 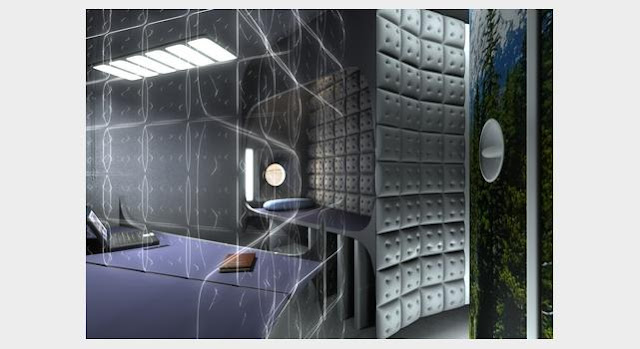 “This station, a self assembling six module robotic design on tracked landing legs, was created by ANY Design Studios and would allow for ten people to live indefinitely.”

“We approached the design of the Base Station by making the most of the structural opportunities offered by the Polar vernacular -ice, which (when melted under pressure) forms a sludge composed of 40% dust. When re-frozen this will behave much like concrete. Form-work from this is found in the twin skin textile walls of the base, which is inflated into shape upon landing. The sludge shall be used to strengthen key areas of the base.”

“The design of the base has had to deal with real issues found in extreme isolated environments in terms of offering the crew places to escape to and to find a variety of environmental stimuli. Our studio have been exploring ideas concerning on-site and virtual tourism, where the first Mars settlers may have real time contact with ‘shadowers’ or avatars on earth. We have also been exploring the possibility of reproducing programmable Earth environments in a room we have called the ‘Multi Environment Chamber’. Settlers on Mars may well be able to make themselves a cup of tea and settle into a chair with the sun gently warming their skin, cool breezes, and the sound of songbirds of an English orchard on a warm July afternoon.”