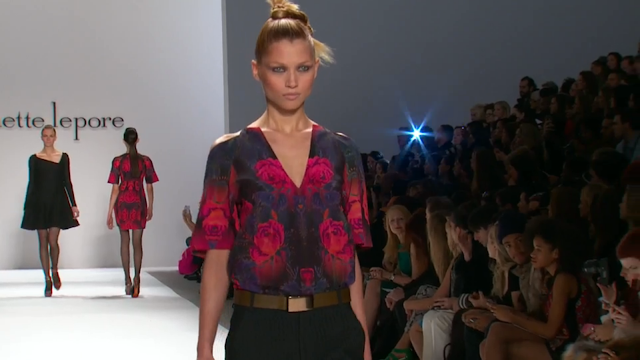 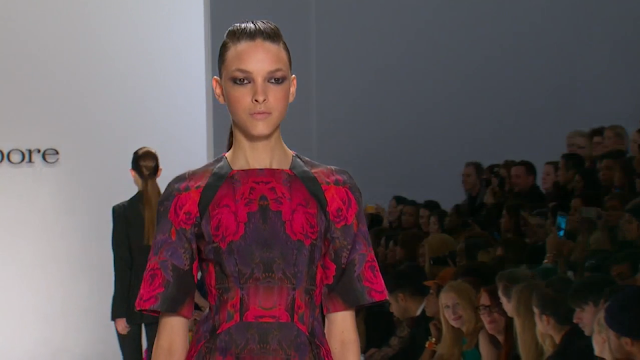 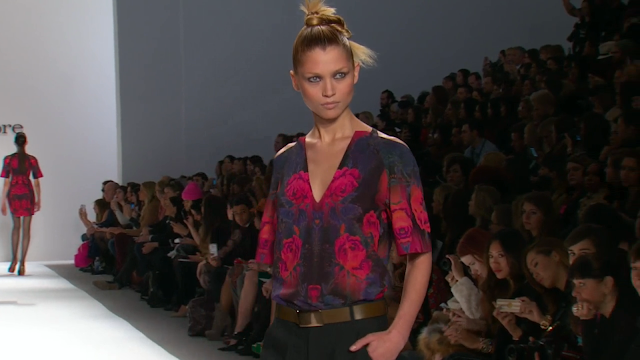 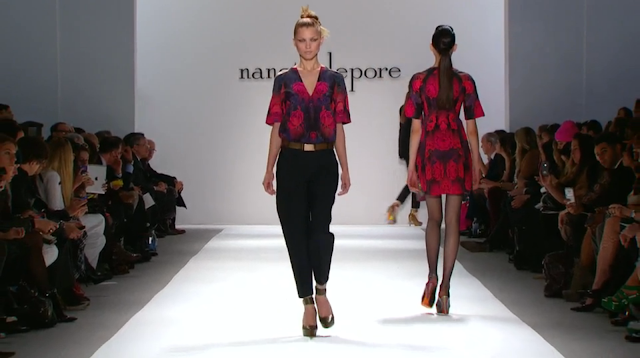 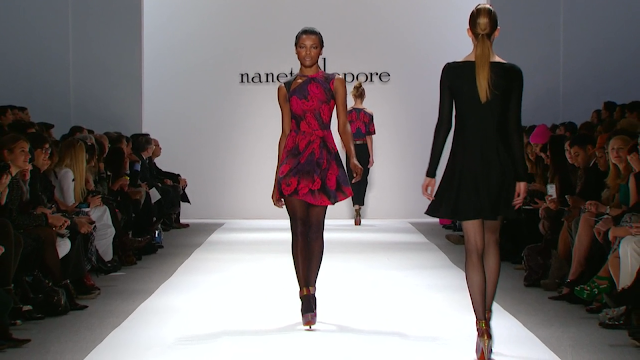 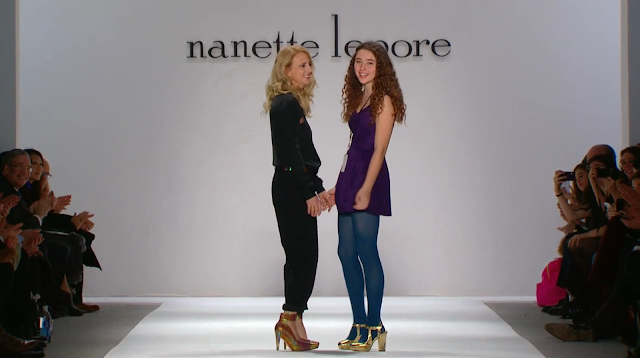 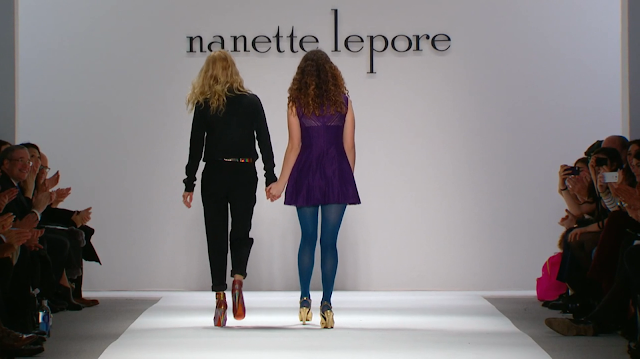 “Mars may not be the hottest planet … but it is, apparently, the hottest planet. Images of Mars taken by the Curiosity rover buzz and ping around Facebook and Twitter. Elon Musk talks colonization of the planet with more and more media buy-in. Bobak Ferdowsi, flight director for the Curiosity mission, was a guest of Michelle Obama at last night’s State of the Union address.

And now, the suddenly-fashionable planet has become, quite literally, fashionable.
Nanette Lepore, the designer best known for frilly and ruffly and otherwise dreamy outfits, debuted her Fall 2013 collection at New York Fashion Week this morning. The theme? Mars. Not space, mind you, but Mars. “Moody tones and spacey surfaces define Nanette’s fall collection as she explores the contours of Mars,” the designer’s Tumblr explained. (Earlier: “Nanette’s fall fashion show inspiration is out of this world. Honey, let’s go to Mars.”)

The collection itself, which walked the runway accompanied by a beep-bop-boop-y soundtrack that perfectly captures how the ’60s saw the 2000s, is certainly spacey: It features holographic leathers; sharp, vaguely mechanical angles; and mod-style shapes … all punched up with bursts of — yep — red.”

This is the image Lepore pointed to as the direct inspiration for the collection: 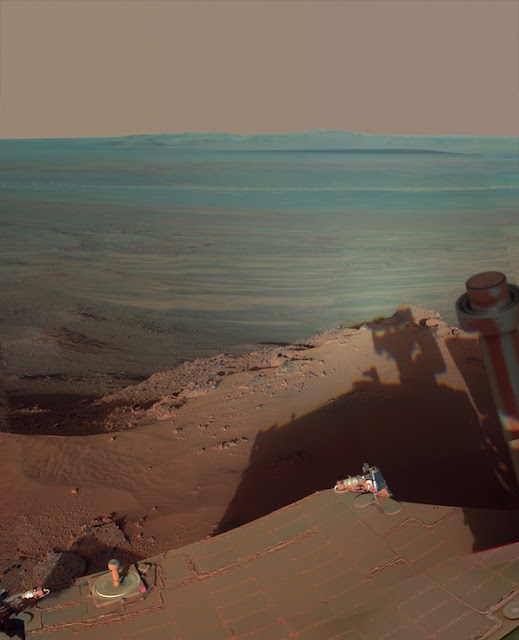 “And that image, actually, is inaccurate as a depiction of Mars. The photo, a view of the Endeavor cratertaken by the Opportunity rover in March 2012, is a false-color image: It’s a mosaic comprised of a dozen or so images taken through the rover’s Pancam filters and centered on different wavelengths: 753 nanometers (near infrared), 535 nanometers (green), and 432 nanometers (violet). The sweeping view of the crater would, with more natural coloring, appear to be dusty-red; it’s presented in false color to emphasize the textures of the Martian landscape.

And yet the false image seems to be what inspired the fashion designer: The collection not only features its shocks of bright red, but it also relies heavily on the greens-and-aquas that are present in Mars images only in faux-photographic form. Lepore’s trip to Mars is, more accurately, a trip to “Mars.” The clothes themselves — the works of art — are themselves based on art. Which seems, considering how much we have left to learn about Mars, appropriate. We may go there in the name of science; the planet lives for most of us, however, as something much more frilly, much more ruffly — much more dreamy — than that.