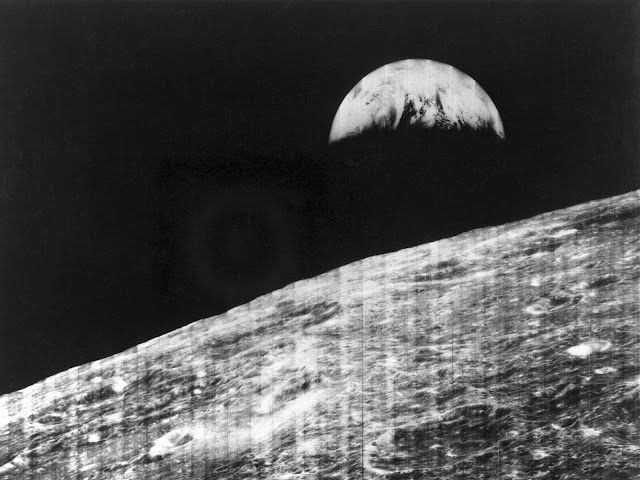 “The idea of seeing the Earth from the moon created a planetary level consciousness that didn’t exist before. The simple fact is that, when you live and work on another world – when you have people who live and work on another world – it is going to create changes whose real effect we cannot predict right now. No one would have predicted by going to the moon we would have a whole new appreciation for the fragility of the Earth – simply because of its appearance over a stark barren landscape in the blackness of space. Now that was one picture. Now think of how our societal consciousness will change, when you actually have a whole community of people living on another world. And I think it will change, it will have an effect – it will probably have an effects that we can’t fully predict right now. But there’s no doubt that it will have a profound effect on the consciousness of humanity on this planet.”

Image: On August 23, 1966, just as Lunar Orbiter I was about to pass behind the moon, mission controllers executed an unplanned maneuver to point the camera away from the lunar surface and toward Earth. The result was the world’s first view of Earth from space. The photograph was called “the picture of the century.”