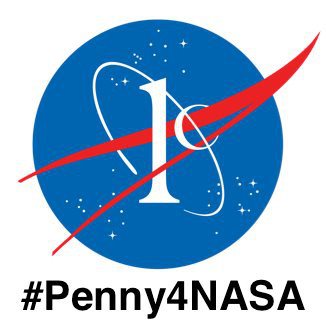 #Penny4NASA’s purpose is to organize Americans to the increase NASA’s annual budget to a vast, yet comparably minuscule, penny on the taxpayer dollar. 1% of the total. In just one year, the U.S.’s military budget is equivalent to the entire 50-year running budget of NASA combined. (And we’d win more battles with assbackwards ideologies by sending Americans to Mars rather than Afghanistan.)