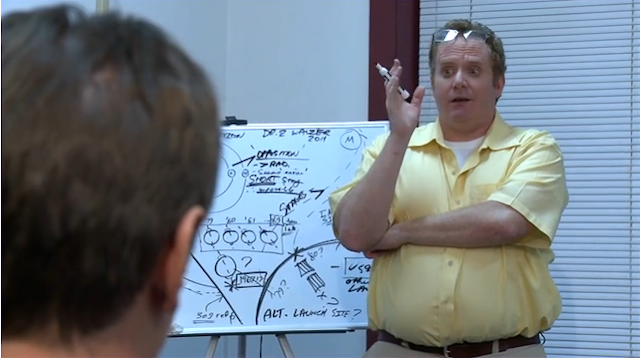 Advocacy organizations attract and reward extroverted, dynamic, socially savvy personalities: even among space advocacy organizations the charisma and optimism of Mars Society leadership stands out. Humor is a constant feature of presentations at Mars Society conventions. The Flashline Mars Arctic Research Station was designed and constructed by Franz Schubert, former lead guitarist for the band Devo.  Under the guidance of Gerry Williams the San Diego Chapter presents an award winning Mars Movie Night. Conventions often close with impromptu bands composed of members who are gifted, professional musicians. There are always pannel presentations by novelists and artists. 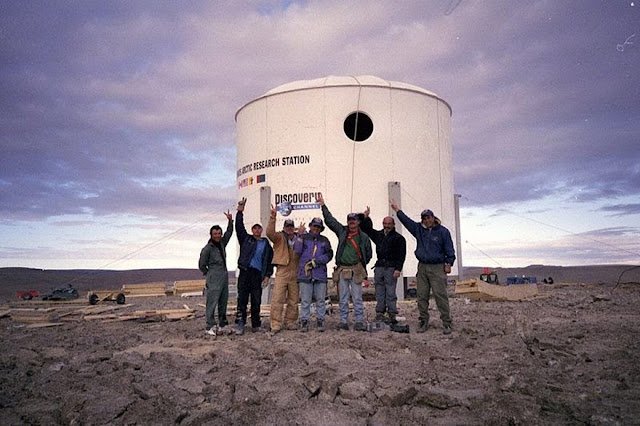 Zubrin, Frank Schubert, and others constructing FMARS (click to enlarge)

If space is to be attainable it must be cool; science, engineering, and the social habits enabling their education must also be cool. Almost two million people have seen the indie film from which the above screenshot is taken: Pioneer One.  “Hired Mars Expert Zachary Walzer” is a cheap, one-dimensional character who would make anyone run from the Mars Society: characters leave the room rolling their eyes when Walzer speaks, he whines to Congress, even the scribbles on his charts have no bearing to a single easily reproduced diagram from Zubrin’s book tendentiously Mars Direct. We cannot afford to let such easy-to-write stereotypes distract the next generation of engineers and scientists.

Rhetoric aside, this blog does not insult individual persons or their irremediable attributes; no one should be called a “dork” in real life. The actor Jack Haley, playing Zachary Walzer, is interviewed halfway through this Pioneer One production diary: http://vimeo.com/16290264  It is frustrating to see in person he is not at all like his socially inept Walzer character, or even physically out of shape, but for some reason adds a whiny veneer to an otherwise exceptional fun caricature of Zubrin. Ironically, Jack Haley provides one of the best performances in this series; unfortunately, rather than incorporating Zubrin’s personality quirks into a cool, hip, charismatic, proactive engineer (with a strong, heavyset, commanding presence) — we are instead insulted by an old, tired, easy-to-convey cliché of “clueless science guy” (with a frumpy, blinkered, goofball demeanor).  The talented crew of Pioneer One worked hard to create this successful indie series; please encourage them to improve its portrayal of scientists and the value of science.

See this page for more on “how to write a film about Mars”
http://marsartists.blogspot.com/p/mars-positive-art.html
_______

As for the Walzer character himself, well, you write that you wish we had turned
“Zubrin’s personality quirks into a cool, hip, charismatic, proactive engineer”
and that, believe it or not, cheap generic accutane was my intention.  Our success at conveying that is another point entirely.  With a budget of $6000 and limited experience in bringing narrative stories to life, having created something that holds together as well as it does is an achievement unto itself.  Now, moving forward, we can fine-tune the result and get even closer to the mark.