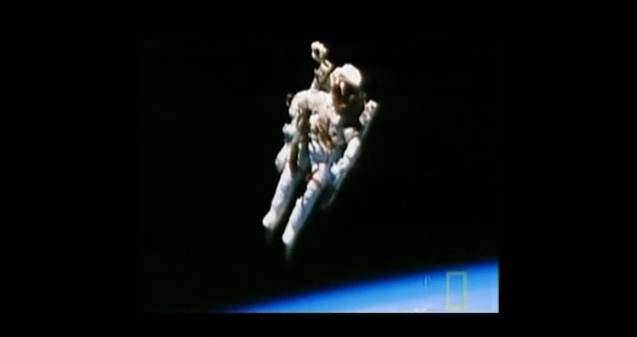 “Whitey on the Moon” was a thought-provoking poem sung by Gil Scott-Heron during the 1970s. It is important to keep in mind, first, NASA is incredibly diverse — and hopefully headed to more profitable destinations than the moon (asteroids for commercial development and Mars for cultural change, scientific advancement, and enlightenment). NASA’s current administrator, Charles Bolden, is a former Naval Academy grad, 34 year Marine Corps veteran, astronaut — and, a black man. We still have a long way to go but chances are the first person setting foot on Mars may be neither white nor male. Nor American.

As for resource distribution: NASA’s budget is 18 billion a year, which is less than one half of one percent of the Federal budget. 18 billion is still a vast sum — even in comparison to 1.2 trillion squandered in Iraq. Everyone involved in the space program is acutely aware of competing worthy social programs; questioning proper allocation of funds will always be appropriate.  (Including the lowering of taxes and encouragement of private enterprise….)

Every single cent passing through the government could be immediately allocated to pressing life-saving needs. Stoplights, street signs, ambulances, body armor, medications, etc., are immediately useful — equally important long-term investments include education, weather satellites, medical research, national parks, air traffic control, and so on. In this triage ‘balancing’ of immediate and long-term humane compassionate interests, we decide to allocate funds for commercialization of near-Earth resources, increased scientific understanding of our universe, and the establishment of a self-sustaining, permanent Martian civilization.

50 billion to send the first settlers to Mars will do more to propagate Freedom and Tolerance in the Middle East than trillions squandered in Iraq. In the future when humans on Earth reflect upon the reality of persons living on Mars — who are enjoying their lives, progressing and thriving…while not giving a damn about returning Messiahs or Mahdis a planet away in Jerusalem or Medina — there could then be a cultural renaissance here on Earth. This could result in redirection of resources on Earth — from culture wars to real problems such as: poverty, illiteracy, conservation, etc.

The interesting thing is: this Global Golden Age could be the result of cultural change, not direct scientific advancement. Once humans are living on Mars, they will scientifically explore it to our benefit here on Earth and their immediate interest on Mars. In our current culture wars we have tried everything else…if it only takes a few boots on Mars, why not use them to jumpstart enlightenment here on Earth?

Lyrics to “Whitey on the Moon” by Gil Scott-Heron: